See Liars Get Kidnapped in ‘No. 1 Against the Rush’ Video

The art-rockers' frontman, Angus Andrews, looks even taller when you hold him up by the throat 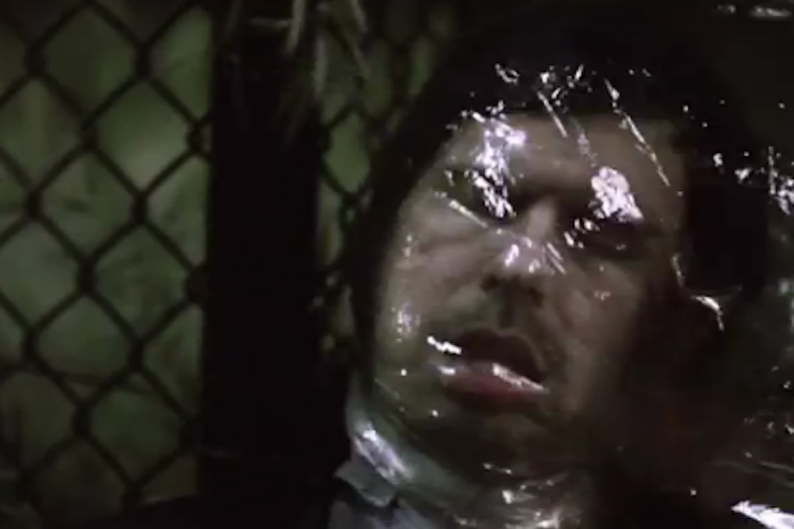 Liars have changed styles over the years, and they’ve moved from Brooklyn to Los Angeles with a stop in Berlin, but darkness has a way of following them. The art-rock trio’s sixth album, WIXIW, is due out on June 5 via Mute Records, and its first video selection, “No. 1 Against the Rush,” is tantalizingly ambiguous about the new record’s trajectory. The video, directed by previous No Age and Kurt Vile collaborator Todd Cole, stays firmly in the David Lynch-ian shadows (via Quietus).

“Shut the fuck up back there.” That’s the only line of dialogue in the bleak clip, in which a villainous middle-aged man kidnaps and looks all set to asphyxiate the members of Liars. The song itself is gorgeous and brooding, with delicate electronic pin-pricks over a Factory Records-crisp rhythm section, while frontman Angus Andrews croons in a way that brings to mind, uncharacteristically, the National: “I want you out,” he repeats. The guy in the video would probably sympathize. And, as Andrews discovers all too intimately, there’s no escape.