See Kurt Cobain and Courtney Love’s ‘Stinking of You’ Duet 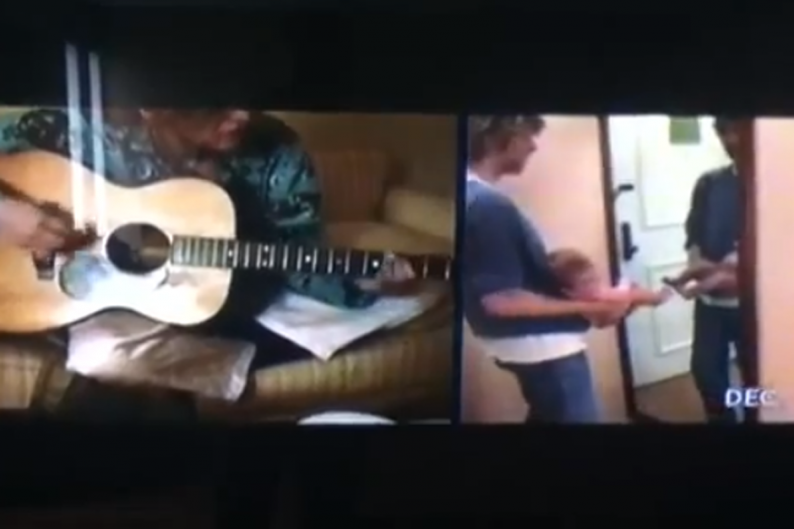 Hit So Hard, a documentary detailing former Hole drummer Patty Schemel’s descent into drug addiction, debuted more than a year ago. Now, as Antiquet points out, footage from that film of Kurt Cobain and Courtney Love singing a never officially released song called “Stinking of You” has finally surfaced online. Keep your expectations in check, because the acoustic duet barely lasts more than a minute, but it’s a refreshingly playful snapshot of the former Nirvana frontman and the Hole frontwoman, who recently reunited the classic lineup of her band, in happier times. Keep an eye out for shots of Foo Fighters’ Pat Smear and a cute clip of Cobain playing with baby daughter Frances Bean Cobain. “Is this a Genesis dance?” Kurt cracks. “No, it’s a hippie dad dance,” Love shoots back. By tomorrow we’ll probably be talking about something crazy involving Dave Grohl again, but for now: aww.