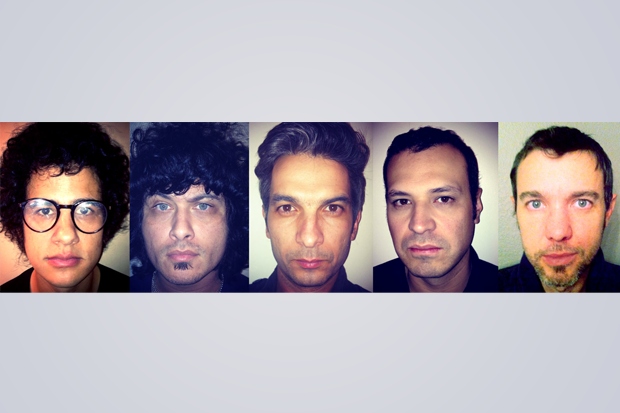 Omar Rodríguez-López has bluntly acknowledged that the reunion of his pre-Mars Volta band with Cedric Bixler-Zavala is money-oriented, nostalgia-driven, and unlikely to give birth to new material. Sure enough, At the Drive-In’s first performance together in 11 years, which went down last night at Austin’s Red 7, featured no previously unheard songs. But fan footage from the discography-ranging set (via Consequence of Sound) suggests the post-hardcore group hasn’t lost its onstage fury, at least not in these sweaty renditions of “Quarantined,” “Enfilade,” and “One Armed Scissor.”

The Texas rockers have two more shows set for their home state before decamping to Coachella later this month, and a 7″ colored-vinyl reissue of their 1999 Vaya EP, limited to 500 copies, will be for sale on Record Store Day. Check out our review of the Mars Volta’s new Noctourniquet here.

Marc Hogan
Tags: At the Drive-In, The Mars Volta, Videos