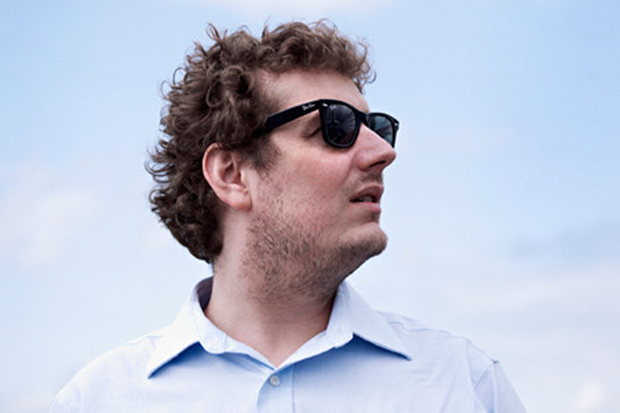 I finally got my mitts on Pépé Bradock’s new EP, and I’m happy to report that it lives up to all my expectations, and then some: He’s in top form. It’s been three years since the French producer last released new original material (the Swimsuit Issue 1789 EP), but it sounds like these four new tracks could have been recorded in the same sessions that yielded his last record — or, for that matter, any record he’s done in the past decade.

Usually, we want our producers to keep progressing (whatever that means), but with Bradock, I find the opposite is the case. He’s so good at crafting his singular, slightly off-kilter brand of deep house that it’s enough for him to keep working the same seam of worn samples and swinging drum programming. No matter how often he revisits the same tactics or moods, he never really repeats himself. He never stops challenging himself, either, but he doesn’t need to look outside his wheelhouse for new materials: he just keeps digging deeper into the stock of sounds and ideas on hand.

Just as crucially, no matter how influential Bradock’s music has been for generations of musicians, nobody else has come close to replicating his sound. For my money, he’s the most consistent producer in the Parisian house scene and almost certainly the most underrated, never having gained the fame of his more populist contemporaries. For a decade and a half, however, Bradock has reminded us that house music can be experimental without losing its visceral oomph — and also that “experimental” music needn’t be hostile to pleasure. (He’s also not afraid of extremes, however: his 2007 single “Rhapsody in Pain” is basically just six and a half minutes of groaning and wailing over an intentionally rinky-dink house beat, and his record sleeves have tipped into Eraserhead-like levels of weird.)

As you might have guessed, Bradock strikes a chord with me like few other artists; I doubt I’ve played a gig in the past five years where I didn’t have at least one of his records in the bag. So to accompany my review of his new EP, I’ve run down four of my favorite Pépé Bradock records from over the years.

Imbroglios, the new EP, is apparently the first in a four-part series, following 2007 and 2008’s three-part Les Aventures de Pépé Bradock / Pistes Insolites. Lord knows where he’ll go from here, as these four tracks already cover plenty of ground. “Katoucha?” features a coiled, jacking groove a little like that of “Intrusion,” with bouncing, syncopated kicks and plenty of swing, but despite the speedy clip, it feels almost ambient, suffused in misty hi-hats and a hint of clarinet or bassoon; a dubbed-out vocal accent recalls Mad Professor’s Massive Attack remix album, No Protection. “12Turn13″ is the record’s biggest track, with punchy chords and a driving house groove knitted together out of oodles of sampled percussion. The whole thing is awash in aberrant sounds, though — voices, woodwinds, bells, glockenspiel, squealing oscillators — so sumptuously textured that they make more conventional productions sound positively impoverished. The other tracks both delve into Bradock’s favorite technique, looping a sample and then playing it up and down the keyboard so that it seems almost to quiver. “Inconsequent Pussy” is a hesitant, meandering meeting of IRCAM, free jazz and 1960s spy-movie themes; “Attaque de Boulangerie” is a jazzy house meditation, at least on the surface. Once you get beyond the chords, your ears open up to a crazy vibrational field of purring cats and solid-state whippoorwills.

Judging by its 200K-plus views on YouTube, this 1999 track is Bradock’s biggest hit, and it’s not hard to understand why. Borrowing its main theme from the introduction to Freddie Hubbard’s 1979 cut “Little Sunflower,” it’s a master class in sampling: Across 11 minutes, Pépé Bradock twists and EQs Hubbard’s strings into billowing shapes far more voluminous than those four little chords would imply. Paired with a loose tambourine groove and flickering Rhodes counterpoints, it represents the emotive zenith of the whole filter house canon. The EP’s B2 cut, “The Right Way,” meanwhile, pays homage to Bradock’s funk forebears with a purloined vocal — “It’s not my shit, but this is somebody’s shit who I respect” — that doubles as a meditation on the ethics of sampling.

A year after “Deep Burnt,” Bradock kicked off his own Atavisme label with the 6 Millions Pintades EP; its two main tracks, “Life” and “Ghost,” remain the most unabashedly beautiful things he has ever done. “Life” has got to be one of the top 10 sunrise tracks of all time, with a lyrical, optimistic bass line and deeply hued chords that flicker like aurora; at the same time, the jacking, 2-steppy groove is among Bradock’s most purposeful. Everything almost falls to pieces after the breakdown, but I’ve always enjoyed the ungainliness of its “drop” — life, after all, is all about making mistakes. “Ghost” is similar in feel, with stacked woodwinds following a series of chord changes far more complex than we’re used to hearing in dance music. Rolling congas lend to the ruminative mood, as do faint filigrees of keyboard and voice. The whole thing is tender as a bruise.

Derek Walmsley, deputy editor of The Wire, tweeted this week about an epiphany he recently had while walking in a nature reserve: the incorporation of natural sounds into electronic soundscapes is “doomed to fail,” he said, explaining that “natural environments [are] too febrile, too mobile to benefit from linearisation of electronic processes. How do you improve the sounds of a wood?”

Maybe, but with 2008’s “Intriguing Feathered Creature,” Bradock proved that you could infinitely improve the sounds of the club by filling it with birdcalls. Chattering, chirping, sometimes dulcet and sometimes shrill, sampled birdsong suffuses every inch of the track’s leafy canopy. The results are anything but linear: sometimes he employs squawks in rhythmic fashion, but just as often he lets them scatter across the surface of the music, their seemingly random outbursts accentuating the looseness of the groove. Sometimes his jazzy chords seem to be taking their cues from the birds, and sometimes vice versa: a study in symbiosis.

There are still so many tracks that I could highlight — the jacking, heads-down “4,” the pumping “Wonderbra,” his stellar remixes for Iz & Diz, International Pony, Chateau Flight and Cesaria Evora, among many others — but 2008’s “Hints of Delusion” stands out. It’s really among his very strangest tracks, piling up keyboards and ragged samples into a bewildering mess of moods and timbres; mournful, cinematic strings face off against a bumptious synth bass, and limpid guitars tussle with drum machines running amok. A low, gravelly voice mumbles like a B-movie villain throughout, equal parts kistchy and genuinely disconcerting; Whether you understand the falsetto refrain of “Attention a le derrière,” the bumping, lurching beat tells you everything you need to know. This is house music at its most unhinged.