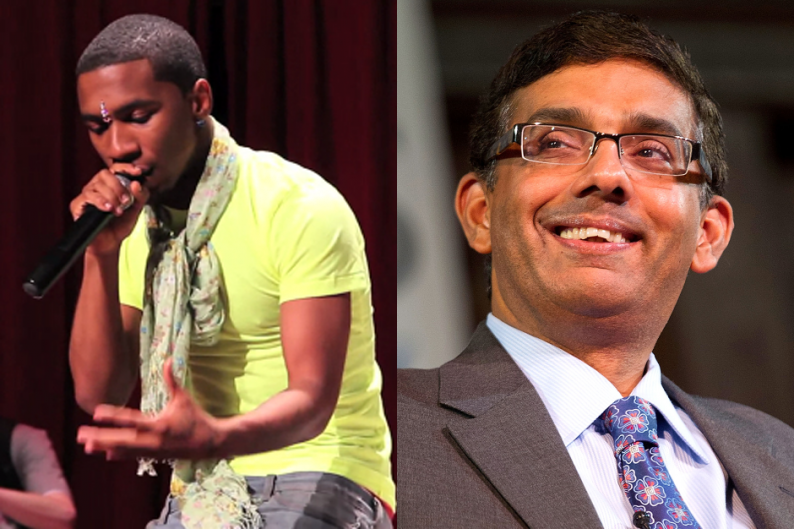 While some lucky punters were gobbling up Jarvis Cocker’s bon mots at Radio City Music Hall, other New Yorkers decided that showing up at NYU’s Eisner & Lubin Auditorium for a “lecture” by Internet-rap visionary Lil B might be a unique way to pass a Tuesday evening. Whatever your opinion of the latter’s musical output or academic credentials, we’re always intrigued when higher-education attempts to interact with hip-hop, a clash of cultures that is ultimately beneficial for everyone — full stop. In order to promote and expand upon this exchange of ideas, we’d like to suggest five future events, upping the ante by proposing that Lil B throw down in a series of high-minded debates. You’re welcome, NYU student-events scamps!

1. Lil B debates the Ghost of Christopher Hitchens: “How Does the Proliferation of Mixtapes and the Sexual Perversions of the Taliban Function as Metaphors for the World’s Collective Spiritual Delusion?”

2. Lil B debates evolutionary biologist and renowned atheist rabble-rouser Richard Dawkins: “Does Ryan Schreiber and/or Clams Casino Really Exist? And Tangentially, Does the Universe Have a Purpose?”

4. Lil B debates former frontman of ’70s rockers Ugly Rumours Tony Blair: “How Should We Use Our Globalized Power? Search Engine Optimization and the War on Music Blog Terror”

5. Lil B debates kosher-sex expert and former Michael Jackson spiritual adviser Rabbi Shmuley Boteach: “Is Social Media Good for the Soul, or Is There a Celestial Orgasmic Afterparty?”