The Last Word on Nicki Minaj’s Deleted Twitter (We Hope)

Fansite leaks aren't the reason she left the social media universe, but now she says she's considering more desperate measures to get 'a moment to herself' 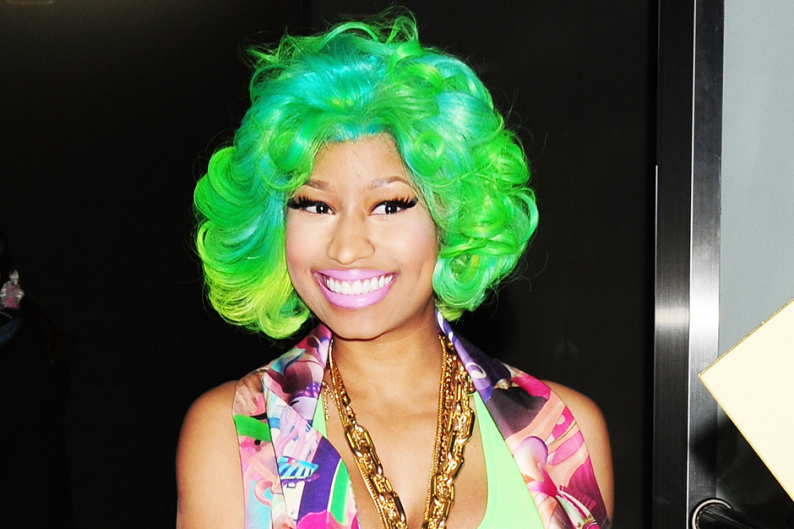 The British media is certainly getting an earful from Nicki Minaj lately, but the MC hasn’t been able to talk up her latest album because she’s been answering a zillion questions about her recent exit from the Twitterverse. Following comments on The Graham Norton Show last week that a voice in her head told her to take a break from 140-character life, she appeared on two radio programs, the Tim Westwood Show and Capital FM, to explain why she left and won’t be coming back (at least for a good long time). Let this be the final word on Nicki’s Twitter. Seriously.

“I just needed a moment to myself,” Minaj explained on Capital Saturday night (via Vibe). She addressed the rumor that she quit Twitter out of anger that a fansite leaked Roman Reloaded early, saying, “Because some page posted things about me? I mean, I’ve read horrible things about myself; I wouldn’t delete my Twitter over that.”

The same evening (judging by her outfit/wig combo), she also spoke to Tim Westwood, confessing that she wouldn’t return at all — and, rather alarmingly, that she’s toying with the idea of leaving the business itself. “I can’t come back; I just can’t,” she announced in her signature British-impersonating (-mocking?) voice. “Don’t make me, Tim. Please don’t… The kid is thinking maybe she should just leave the game” (via MissInfo).

A rapper threatening to quit the game — yes, we’ve heard that one before! It’s hard to discount the possibility that maybe this is just Nicki (or Roman?) screwing with us. Watch the clips below to decide for yourself.

Nicki on Capital FM explaining her reason for leaving Twitter:

Nicki on Tim Westwood explaining her refusal to return to Twitter: