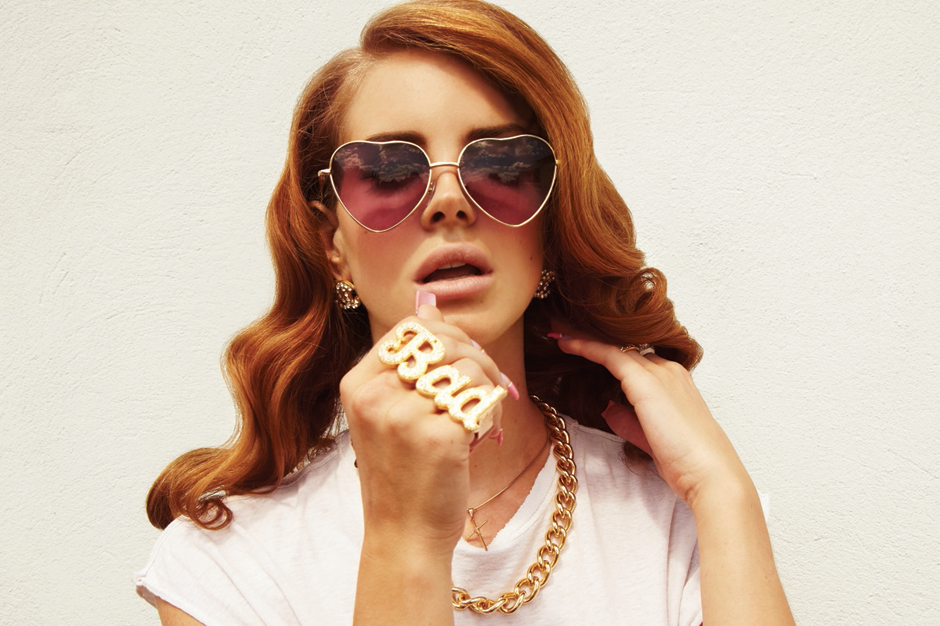 The first time I heard Lana Del Rey, I immediately thought of Chris Isaak’s “Wicked Game” — or, to be precise, Herb Ritts’ sultry black-and-white video for the song, with Isaak and Helena Christensen frolicking in the surf, clad only in their Calvins. I imagined that if their tryst in the dunes had produced a baby, it would have been Lana Del Rey. (Alas, Lizzy Grant was born three years too early. What a backstory that would have made!) Del Rey’s shtick was so total, it was immediately clear that you could take the girl out of the video, but you couldn’t take the video out of the girl — that is, Lana Del Rey (or, pace Hipster Runoff, “Lana Del Rey”) could only exist as far as her image could project her.

But if part of Del Rey’s allure is the way her music feels like part of a greater fantasy world — a kind of Gesamtkunstwerk for the YouTube era — one aspect of her marketing campaign, paradoxically, is dedicated to rupturing that totality: her remixes. It was understandable that bedroom producers would flood YouTube with dodgy dubstep bootlegs as soon as “Video Games” went viral, but Del Rey’s management also commissioned dozens of official reworks that retrofit the singer’s retro steez with of-the-minute dance beats in a diverse range of styles. This week, Interscope is releasing a digital EP of Blue Jeans remixes by Smims & Belle featuring Azealia Banks, Gesaffelstein, RAC, Kris Menace and Penguin Prison.

Much of the debate regarding Lana Del Rey’s credibility has focused on the extent to which her career was guided by a major label. All her remixes, however, were commissioned by her manager and lawyer, Ben Mawson. “Lana’s very particular about her own artistic identity,” he told me when I called to ask about the strategy behind their remix campaign. “[And] I’m very conscious that major labels overspend on remixes, because they overspend, generally. So I wanted to protect her from overpaying for a big-name remix which doesn’t give you much use or value. We just want to keep control of it.”

He added, “Lana’s not a big fan of remixes. She hates remixes, really. Remixes tend to just, for her, dilute or destroy what she set out to achieve.”

So why do them? “It’s a marketing tool,” said Mawson. “You know, the point of a remix is to take an artist into a new audience. So we get a drum and bass one, and a drum and bass remix gets played in a drum and bass club, and that drum and bass kid who would never previously hear Lana Del Rey will be introduced to her, and might on the back of it go and buy her album. Maybe slightly fooled into thinking that it might be drum and bass! But at least [he] hears the vocal and then go and buys the album. That’s the point of it. You know, get a techno one done — it’s taking Lana Del Rey into the dance arena, where she obviously normally doesn’t fit.”

When I asked if the backlash around Del Rey had sent them in search of more “underground” remixers, Dawson replied, “The backlash is irrelevant, really. That’s just something that came and went. We don’t even know what that really was about, other than the fact that we know she’s made an impact, which is a good thing. I would say that we tried to keep the remixes as cool as possible. Not ridiculously cool. There are very big, mainstream people who have asked to remix her that we don’t really want, because it can be ugly. Often, those remixes, especially if they’re bad but they’re a big name, it just looks like an awful, expensive attempt to be more commercial. You know, Lana’s very much about integrity and credibility and she doesn’t like to be seen as a sellout.”

I’m still not convinced that many of the remixes actually work. Some of the productions are outstanding, particularly Joy Orbison’s sparkling, pointillist deep techno. But Del Rey’s voice is so particular, it doesn’t necessarily sit well in a bed of synthesizers; dance music often benefits from vocals with an anonymous sheen, whereas Del Rey’s trademark chirps and sighs are distractingly familiar, tugging you out of the groove. Indeed, my favorite of her remixes, Two Armadillos’ “Club Dub” of “Born to Die,” treats her vocals more as background, looping and smearing them into an ambient whisper.

Good luck finding many of them available for purchase, though. Some have already been released in the U.S. and are available via digital retailers; others are out as territory-restricted CD or vinyl releases. Most of them can be found on SoundCloud or YouTube, but many seem to have had no official release. Some, like the Marcus Intalex mix, I’ve only found available on compilations like Dance Mixes 57 (Strictly DJ Only); these comps look like grey-market affairs, but the label behind them is DMC, of the world DJ championships, so I guess they’re legit. It’s odd, though, that they’d put so much effort into commissioning remixes and then not market them.

Still, give Grant and Mawson credit for trying something different from your bog-standard slate of blog-house reworks. And credit them, too, for knowing how not to overspend. “Now we get requests to remix her,” said Mawson. “We get probably 30 or 40 requests per single from people who want to remix her for free, sometimes off big names. We’ve commissioned quite a lot, but we’ve not paid for many of them, because a lot of them are people wanting to do it for nothing.”