'King Tuff,' the Happy Birthday frontman's second solo album, and first for Sub Pop, is due out on May 29 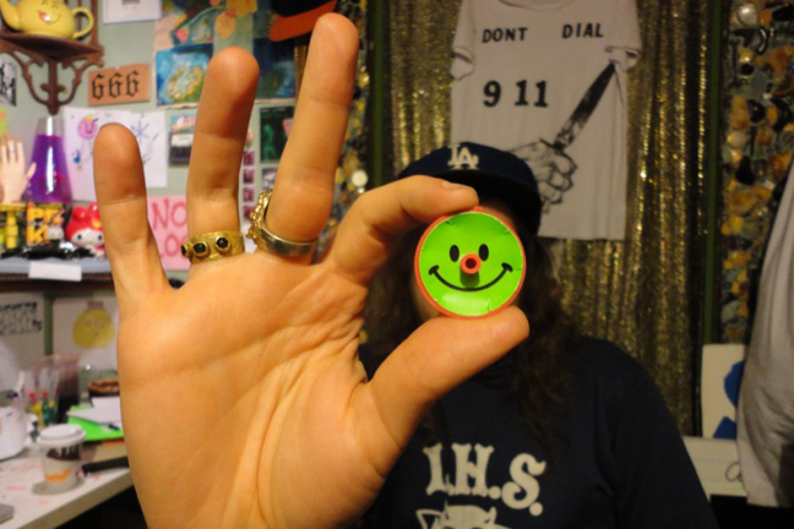 Kyle Thomas, the Vermont native who performs as King Tuff, has no shortage of breezy garage-pop gems, whether on his previous album, Was Dead, or with his other band, Happy Birthday, which put out a self-titled LP on Sub Pop a couple of years ago. King Tuff, Thomas’ May 29 solo debut for the storied indie label, has cleaner production values and some of Thomas’ most life-affirming rock’n’roll dance-alongs yet.

If first advance track “Bad Thing” was a glittery reminder that Stratocaster solos, distortion pedals, and good-bad-not-evil rebel yelps can still induce spontaneous air-drumming sessions at desks nationwide, then the latest track, SPIN premiere “Keep on Movin’,” should get you bopping out of the office entirely. As catchy as the sugariest twee-pop, as boogie-friendly as glam, and as singular as Thomas’ notoriously sweaty live shows, this one’s a muy loco ode to locomotion, with heaps of hand claps, charismatic vocals that jump to Chipmunks pitches for no apparent reason, and a sense of FUN! that should be spelled with all-caps and an exclamation point (sorry, fun.). Whew, that’s right, guitar music isn’t all Jason Mraz and Train. School’s almost out for summer. It’s heating up outside. Just try to stop movin’.