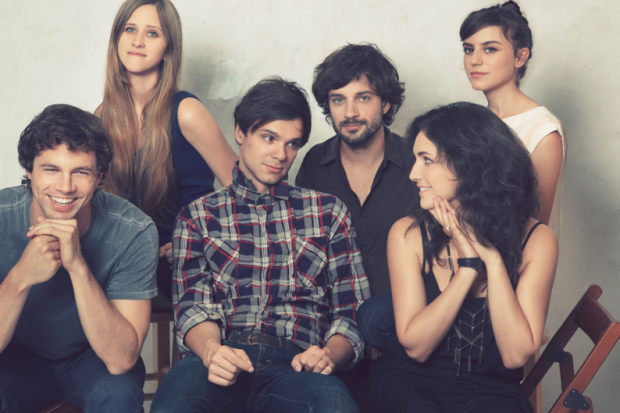 As part of Record Store Day’s forthcoming parade of limited releases, treats, and nerd goodies, Domino and Ribbon Music have plans to drop Smuggler’s Way, a literary zine-slash-flexi-disc compilation combo that’s set to include contributions from John Maus, James Yorkston, Dirty Projectors and the Kills’ Alison Mosshart. DPs frontman Dave Longstreth couldn’t wait to share his band’s contribution it seems, tweeting a video of the four-sided slab of vinyl at work this afternoon.

“i wrote a ton of songs when we were upstate last year,” he tweeted of the song, “here’s one that didn’t go further than the demo.” Though “You Against the Larger World” is comprised solely of Longstreth on vocals and acoustic guitar, it’s eschews Basement Tapes-like strummery for the sort of zig-zagging melodic work we’ve come to expect.

Smuggler’s Way also includes tracks like Real Estate’s “In My Car” and illustrations by Alison Mosshart of the Kills and Bjorn Copeland of Black Dice (the latter designed the release’s cover art).