Flip-side to 'R U Mine?' 7" keeps up the live-wire rock'n'roll vitality 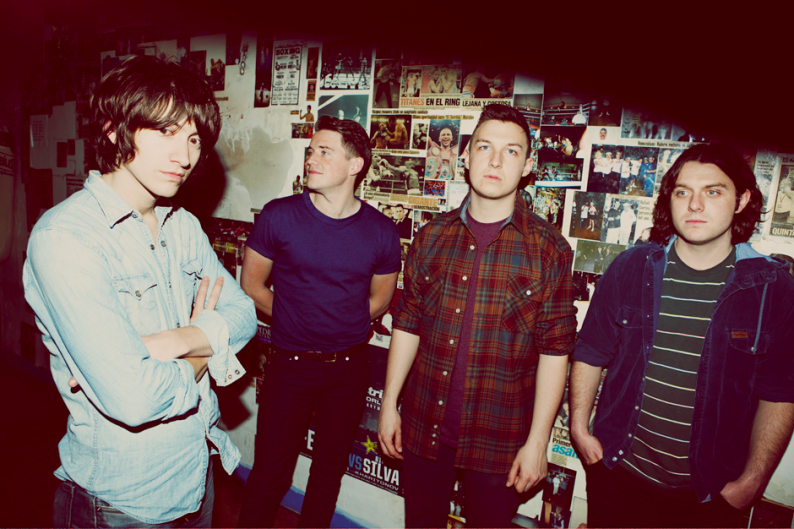 When Arctic Monkeys first emerged as northern England’s latest meat ‘n’ potatoes rock hope, they were easy to misunderstand because their music was so distinctly, defiantly regional. Now, four studio albums later, and fresh off a pair of headlining sets at Lollapalooza’s South American festivals, the eloquently gritty Brit-rockers can be easy to misunderstand because they’re swaggering too hard to stoop to explain themselves. “Electricity,” the B-side of the limited-edition “R U Mine?” 7″ the band will release this Saturday for Record Store Day, has surfaced online (via We All Want Someone to Shout For), and it has all the flickering intensity of its title. “Tell me something I don’t already know / Like how you get your kisses to fill me with electricity,” frontman Alex Turner sings warningly on the chorus, between live-wire guitar riffs and rhythm-section pummel. OK, that actually isn’t so difficult to understand, but as with its first-rate A-side, the song is one of the band’s most urgent and direct, the type of thing that could almost work on Top 40 radio if that format’s recent ever-so-slight boundary expansion ever broadens beyond Adele, Gotye, and fun., to include something a little more, well, just rock’n’roll — full stop.