‘Happy Endings’ Star Adam Pally on His Favorite Bands, From Beck to NKOTB

Find out what song got the actor suspended from Hebrew school 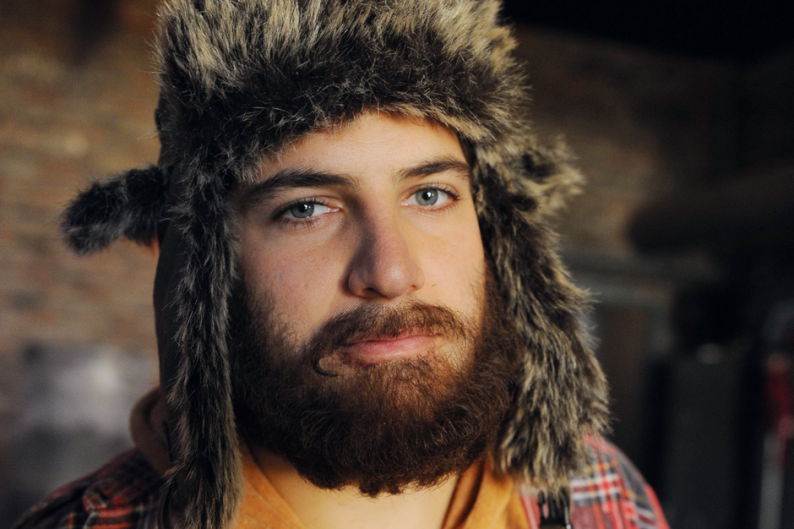 What was the last concert you attended?
The Black Keys. They played a show in Vegas, and I was there because my wife and I love Las Vegas. I love it: One, because I have a gambling problem, and two, because I like to eat. And I like to get day-drunk. I think that was the weekend of my son’s conception, come to think of it. Anyway, the show was awesome.

Do you recall the first album you bought with your own money?
Pearl Jam’s Ten.

Growing up, was there anything your parents objected to you listening to?
My parents’ convictions, when it came to discipline, were not very strong. For my bar mitzvah, I gave out a mixtape of ’90s grunge — if you got it now, you would think it was the Singles soundtrack. And the last song on it was “Freedom” by Rage Against the Machine, which has a minute of Zack de la Rocha screaming, “Fuck you, I won’t do what you tell me!” Suspended, instantly. Hebrew day school. They’re all up in your biz.

What song would you like played at your funeral?
Part of me wants to end with a bit and say “Peaches” by Presidents of the United States of America. And part of me wants to say [James Taylor’s] “Something in the Way She Moves.” So I’ll say both of those. Keep an eye on me, because I could go at any second.

If you were to portray a musician in a biopic —
Billy Joel.

Wow, you were ready with that. Why?
Because he’s the greatest songwriter that ever lived. I love Billy Joel. I cry sometimes when I hear The Stranger. “You May Be Right” may be one of the greatest songs ever written.

You may be right.
You may be crazy. Jeff Tweedy would also be a good one. I feel like I could pull that off. We have similar painkiller addictions.

What were you listening to the first time you smoked pot?
I think Bone Thugs-N-Harmony. I smoked pot pretty young, so I could’ve been with my uncle listening to [James Taylor’s] “Fire and Rain.” I also got high with my cousin around 12, and we drove around in his Honda Accord during Passover listening to [Led Zeppelin’s] “When the Levee Breaks” over and over, like three times, and that’s a nine-minute song.

What song do you associate with your first kiss?
“Kiss From a Rose” by Seal, because it was around the time that the third Batman was big. I was making out with Miriam Feldman at my buddy’s bar mitzvah. Her parents were not happy.

Who comes after Radiohead on your iPod?
Reggie Watts, followed by Rick Ross.

Whose music has helped you over a breakup?
Beck’s Mellow Gold. I actually ended up marrying the girl that I broke up with.

Do you have a go-to karaoke song?
If I’m looking to annoy everybody in the room, which I often am, I’ll do the Police’s “Can’t Stand Losing You” because the last two minutes of that song are just “I can’t, I can’t, I can’t stand losing” over and over again.

Name a playlist on your iPod.
Cole Archer’s Chillout Mix. That’s my son’s mix. He’s ten weeks old, and this is what he listens to: “Valerie” by Amy Winehouse, “Everyday People” by Arrested Development, The Beatles’ “Rocky Raccoon,” and Bruce Springsteen’s “Atlantic City.”

What’s the first concert you ever attended?
New Kids on the Block.

That’s funny, I didn’t think NKOTB had any male fans, but [Breaking Bad’s] Aaron Paul recently said the same thing.
He did? What a dork. I was into them. I don’t remember much about the show, but Dino [the opener] played his single three times.

Who of your Happy Endings costars has the best taste in music?
Definitely not Casey [Wilson]. She’ll come in and tell you how great the Adele album is, and you’re like, “Okay, Dad.”