‘Game of Thrones’ Returns With New Enemies, Old Psychopaths, and One Scene-Stealer

Season two promises to be an engrossing grab for power 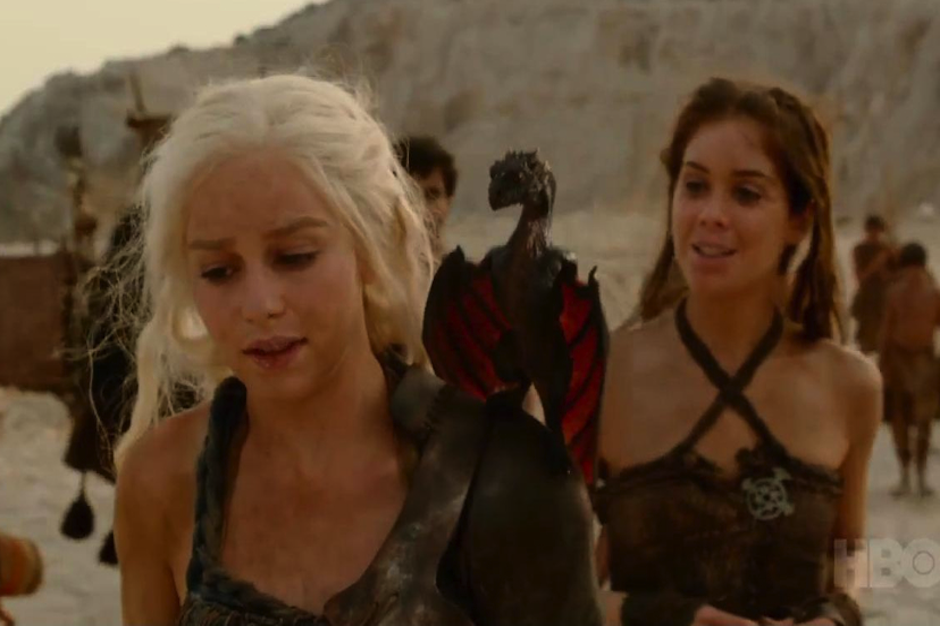 As Tyrion Lannister, Peter Dinklage has the best swagger on television. (Don Draper and Roger Sterling, you wish.) He can out-think virtually anyone, has the hottest lady in King’s Landing, and has managed to charm himself out of death more times than we can count. Eddard Stark may be dead, but Tyrion is the straw that stirs the flagon of wine.

Check out Tyrion’s entrance in the season two premiere of Game of Thrones, a moment that sums up the episode’s general attitude — wit, mixed with a general fear of death. “Beloved nephew!” Tyrion bellows, his voice dripping with an irony possibly unmatched in TV history. He strides up to Joffery, the psychopathic boy king of the Seven Kingdoms whose grody imagination falls somewhere between Uday Hussien and Tyler the Creator.

Joffery isn’t near the actual war with the Starks, of course, a war that the Lannisters are losing. He’s instead staging blood sports in his own honor and generally scaring his poor wife Sansa, who has the thousand yard stare of the frequently victimized. (As it says on her Twitter account, “I’m Sansa, I like true knights, songs and dogs. I hate babysitting. I’m currently being polite and trying not to die.”)

Tyrion doesn’t even blink, cracking wise at Joffery’s bodyguard Dog (how ready am I for the Bronn and Dog spinoff called Sellswords?) and giving his sister Cersei the business about losing the war.

Game of Thrones keeps throwing balls in the air and expecting the audience to follow the juggling act, which we do with vigor. The army of the Night’s Watch is heading north, the Starks are trying to unite everyone against the Lannisters, and monotheism is suddenly in vogue. That was Stannis Baratheon, brother of Rob, readying some ravens (their equivalent of a mass email) announcing that crazy little Joffrey is not the rightful heir to throne, but the result of incest between Cersei and her brother Jaime.

Of course, as the show brutally reminds us, swagger can only get you so far. It can keep you alive, it can give you influence, but the game of thrones isn’t about wit — it’s about power: Who has it, who wants it, who’s strong enough to take it and who can be forced into giving it up. Joffery’s mother Cersie does a bang up job demonstrating this to Little Finger, the Philip Tattaglia of King’s Landing. “Knowledge is power,” he quips. “Power is power,” she responds, and then she almost has his throat cut for grins. (The seems to be a running theme with the Lannisters — they may always pay their debts, but they create enemies the way the rest of us breathe, like the dozens of mothers whose children Joffery slaughters, Herod-style, when he learns of his alleged father’s bastard children.)

Less than ever on this program (and possibly less than any show that’s ever been on television), there are no purely good or bad guys, only competing interests. Root for these folks at your own risk. Although there is one small team that our hearts are with, the least powerful people on the screen: Spunky Arya Stark, who escaped King’s Landing disguised as a boy, and her partner in crime, another illegitimate son of the late King Rob, Gendry (Joe Dempsie, who played the wonderful Chris Miles on the original Skins). Arya keeps the fighting spirit of her father Ned alive as she and Gendry ride off on the back of a cart, and we can only wish them well, which is more than we can say for most of the other characters.