EDM Made EZ: Really? Not Really.

The genre-for-dummies charade needs to cease and desist 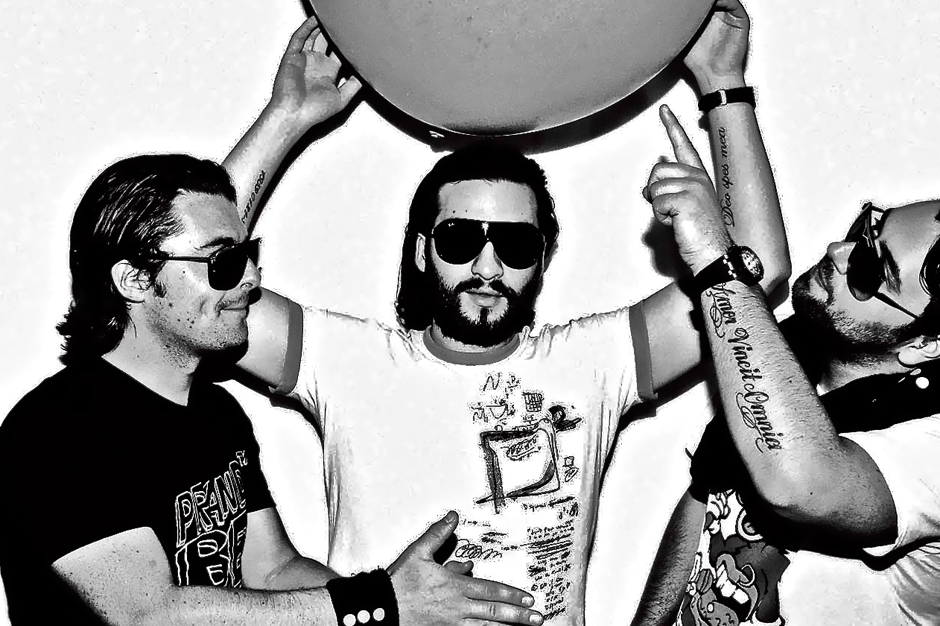 Many have wondered why electronic dance music is currently enjoying such unprecedented success in the United States. A while back, a columnist at Forbes magazine, of all places, suggested a rather unrevealing, yet increasingly common, explanation — the music is just so darned easy to make!

The article in question made the usual rounds and has been largely forgotten, but some of its assertions are threatening to become conventional wisdom (despite the fact that the writer was a wildly uninformed “personal branding guru” named Dan Schawbel, who opened with this personalized pearl of wisdom: “About five years ago, one of my best friends introduced me to David Guetta, who has since become the ringleader for the house-music phenomenon sweeping across the world.”). Strangely, some musicians are echoing and reinforcing Forbes’ ham-handed assertions about dance music — rather unwisely, it would seem, if they’re interested in the genre retaining any kind of credibility in a world distrustful of button-pushers. But let’s unpack this a bit more.

Last month, Schawbel, the managing partner of Millennial Branding, LLC and author of Me 2.0: 4 Steps to Building Your Future, kicked off a series called “The Worlds Greatest DJ’s” (sic, and sic), featuring interviews with marquee names like Tiësto and Swedish House Mafia.

Much of what Schawbel wrote was vague and directed at a general-interest audience — EDM is on the rise because “social media has allowed these artists to create global fan bases” — then there were the passages that were just plain wrongheaded, as many readers reminded him in the comments section (Armin van Buuren and Paul van Dyk aren’t house musicians, by any stretch of the imagination). In a common misperception, “house,” for Schawbel, seems to be a kind of umbrella genre — see previous catch-alls like “electronica” — encompassing everything from trance to glossy, stadium-sized dance pop.

But the strangest element of Schawbel’s ponderous primer on how “technology has had a profound impact on house music” (well, duh), was his claim that “DJ’s have been able to easily download programs that already have beats and vocals so they’re able to create music cheaper and more efficiently.”

It’s unclear what exactly he means by this. (Let’s skip over the whole bit about “easily download[able] programs” — I don’t think I know of any applications that are actually difficult to download.) For one thing, he seems to be confusing DJs, who play music in public, with producers, who actually create music in studios. Most DJs may have given up vinyl, but they still have to buy, blag, or steal the tracks that they play. If he means that DAWs (digital audio workstations) like Ableton and Logic come loaded with soft-synths and ready-to-use samples, which lowers the barrier to entry to production, well, sure, that’s been the case for quite some time. But making a hit (much less a good track) isn’t just a matter of rearranging pre-loaded content in a DAW.

It’s true that there’s a growing industry dedicated to supplying loops and samples to producers too lazy or artistically limited to create their own sounds. And some artists, particularly those who mostly care about commercial crossover success, attempt to do this very thing. A tutorial by the Belgian musician Timofey, a production enthusiast who reverse-engineers popular tunes and rebuilds them as how-to Ableton projects, shows that the hook to Steve Angello’s 2010 hit “Knas” came straight from a sample pack called Vengeance Future House, Vol. 2. (Angello defended himself in an interview with MTV News, claiming that “every single synth in the world is a sample.” Actually, no: a synthesizer generates sound, and a sample is just an audio recording. This, for instance, is most definitely not a sample.)

But what got me thinking again about this issue is a new video for Fedde Le Grand, Deniz Koyu and Johan Wedel’s “Turn It” (Flamingo Recordings). The premise is pretty simple: the three musicians visit each others’ studios, bang out a track, own the night. It begins with Wedel plugging a USB stick into his laptop and playing a new production for Koyu. Then, they’re off to Le Grand’s pristine, sci-fi boardroom of a studio. After handshakes all around, we follow the USB stick’s path as it enters Le Grand’s desktop computer, and the screen explodes into Matrix-like green lines. (Clearly, Le Grand has one hell of a computer.) “Loading Project,” reads the screen, and Le Grand turns a knob. The speakers dance; the boys do trance hands — something like jazz hands, but trancier. The USB stick is withdrawn, and the trio heads to the nightclub to try out the track. The USB enters the CD deck, and, as you’d imagine, the party gets, like, way awesomer.

Finally, we’re transported back to Le Grand’s studio, where the three producers listen approvingly to their work. A big red button emblazoned with the word “easy” sits temptingly next to a synthesizer; Wedel smacks it. A computerized voice squawks: “That was easy!”

Okay, okay, it’s just a video. But isn’t it weird that these guys would portray the process of music-making as so, um, automatic? Wouldn’t they rather we think that they do actually have to, like, do something? Do they really want Dave Grohl to take back his apology and start saying mean things about us house-heads again? Granted, I’ve sat in on “collaborations” where one member’s role was to lie on a sofa, endlessly rolling joints, but that’s not the rule. According to the logic of this video, all you have to do is to swap a USB stick from computer to computer, and a track gets magically better.

From this vantage point, fetishizing ease-of-production may seem clever or iconoclastic or even democratic, but it’s ultimately just another misleading characterization about electronic dance music and a short-sighted, self-defeating tactical mistake. Nobody wins as long as the impression proliferates that DJs “just play other people’s music,” as the common kvetch goes, and that producers are just technologically savvy thieves, sampling others’ work to cover up for their lack of talent.

I don’t want to come off like a cranky grandfather — “You know, son, in my day, we had to fine-tune our oscillators by hand, with a hacksaw, uphill, in the snow.” And no one’s saying that making electronic music has to be difficult. Some of dance music’s greatest, most enduring anthems were banged out in the space of a few hours, often by artists who barely had any idea how to write music or use their equipment. (And witness the numerous artists who knock it out of the park on their first couple of records, only to get bogged down in the technology or their more “mature” ambitions.) There’s nothing to say that there’s not some kid right now who’s downloading Bangin’ Tech House Grooves Vol. 37 and making something completely counterintuitive and amazing out of it, precisely because she has no idea what she’s doing.