Dry the River: London Hardcore Kids Get Folked Up 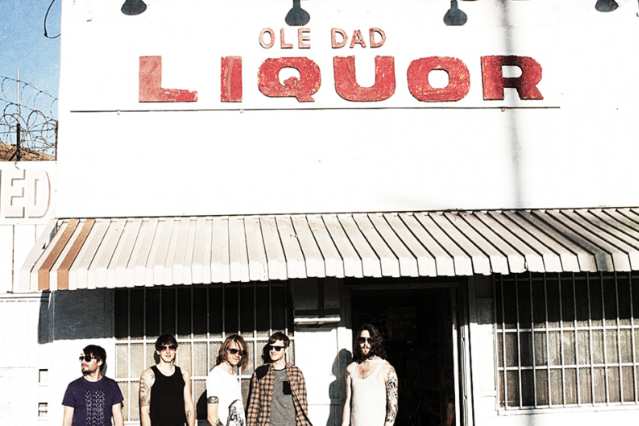 Who: London’s Dry the River have already been anointed by their native country’s music press as the next Mumford & Sons — which came as a surprise given that the quintet hadn’t realized they were playing folk rock. “It never occurred to us,” claims singer-guitarist Peter Liddle, 25. “We use acoustic guitar and sing in close harmony — prog bands do that too.” He and his bandmates — violinist Will Harvey, 24; bassist Scott Miller, 28; guitarist Matthew Taylor, 25; and drummer Jon Warren, 29 — met as teens playing hardcore and ska punk in Southeast England. “But Mumford have sold millions of records,” says Liddle, “so it’s a comparison we’ll gladly accept!”

Folked Up: Though the Dry guys started out playing in loud bands, only vestigial traces of their formative music remain. Graceful, melancholic standouts like “New Ceremony” and “Shaker Hymns,” both from the band’s swooning April debut, Shallow Bed (RCA/RED), stealthily sneak their way under the skin — all keening vocals, winsome strings, and brushed drums. “Dry the River was a conscious decision to get away from our roots,” explains Liddle. “We’d been there and done that with screaming. Artists like Paul Simon and Bob Dylan are the touchstones now.” Though, “onstage it gets much more aggressive,” he adds. “We’ve still got the old raucousness when we play live.”

Quiet? Please!: Liddle started writing Dry the River material when he was a medical student in London, under very specific sonic circumstances. “I only had an acoustic guitar in my room,” he recalls. “I was very aware of not disturbing my neighbors by making noise. It probably made me write softer songs and even sing in a gentler way. I think the first-year student parties were a bigger problem than I was.”

A House Is Not a Home: Irksomely to the band, the notion that drummer Warren was homeless has been floating around the Internet. “We keep getting asked to do interviews about homelessness,” says Liddle, “and we have to tell people that Jon was houseless, not homeless. When he had a three-foot mohawk and was in Oi! bands, he slept on a lot of floors, but he was never on the street. I’d like to clear that up once and for all.” Done and done.

David Marchese
Tags: Dry the River, This Is Happening