Courtney Love: Where Kurt Cobain Would Be Today

His widow lays out possible scenarios, from divorce to open marriage, on the 18th annniversary of his death. 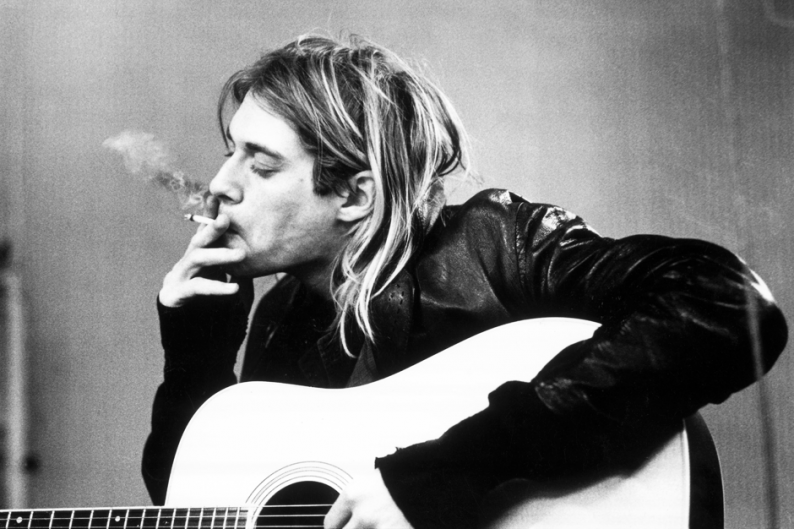 It’s been 18 years since Nirvana frontman Kurt Cobain took his own life in the greenhouse of his Seattle home, and the passage of time has done little to quiet fans’ questions and theories about what might have been had Cobain not died April 5, 1994 at the age of 27. Would a by-that-point fractured Nirvana have managed to stay together? Would Cobain have pursued a quieter solo career? Would the Foo Fighters even exist? (Just recently, the screenwriter for Clint Eastwood’s upcoming remake of A Star Is Born revealed that he’d partly based his screenplay on the concept of a 50-something Cobain who “was past his prime and no longer someone.”) And what of Cobain’s volatile marriage to Hole’s Courtney Love? Would it have, as many have posited, ended in divorce? Or would the couple have made it work?

Love herself doesn’t claim to have the answers, but during the last of my four interviews with her for my book Everybody Loves Our Town: An Oral History of Grunge she did speculate as to where she and Cobain might be today had he lived. “We’d probably live on the Upper West fuckin’ Side now and have three fuckin’ kids,” she told me, unprompted, in February 2011. “We might even have a divorce, like both be on our third marriage. I don’t fuckin’ know. He might be a playwright, [or have] his latest show in MoMA [New York’s Museum of Modern Art].” (Addiction website the Fix this week posted images of five never-before-seen pieces of Cobain’s artwork reportedly dating to 1993.)

Love continued: “I’d have a 16-year-old son and be his model wife. Given the money that is involved here” — she was referring to the tens of millions she says were stolen from Cobain’s estate — “we could probably have had a fuckin’ yacht. We could have gone open marriage at some point.” Again she stressed, “I don’t fuckin’ know.”

• Kurt Cobain Scrapbook: Images of Kurt through the years, as we ran them in the pages of SPIN.

Plus: Watch Nirvana’s performance of “School” at 1992’s Reading Festival