134 people were taken into custody during the fest's first weekend 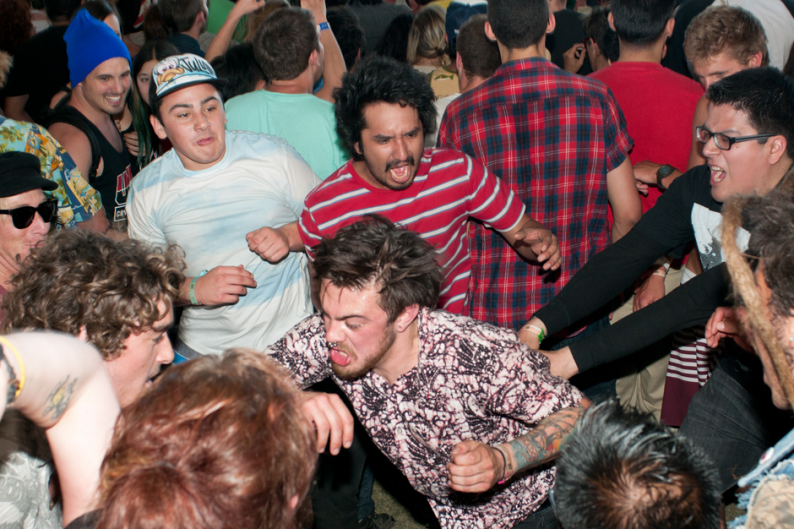 Coachella is supersized this year in nearly every way — the fest expanded from one three-day weekend to a pair, and though many assumed the event was stretching out in part as a response to complaints that it’s become too congested in recent years, we now know that attendance actually rose in 2012. Indio police tell local news outlet NBC (via Daily Swarm) between 80,000 and 85,000 people attended each day of Coachella 2012, up from last year’s 70-75,000 (in 2010, it was 60-65,000 a day, and in 2009, it was just 160,000 total). And, unsurprisingly, more people mean more police action.

The Indio PD says there were only 48 arrests made in 2011, but this year they’ve already rounded up 134 fest-goers. That’s a nearly 300 percent increase in arrests, compared with the relatively smaller (albeit still monumental) attendance hike — and it’s only been one weekend so far. The offenses have been mostly for alcohol-related incidents, though one, the police department’s spokesperson said, was for a stabbing: A man stabbed a friend of his ex-girlfriend, allegedly mistaking him for her new boyfriend. The report notes, however, that the guy who was stabbed isn’t pressing charges. Peace and love, folks! Weekend two is just around the corner.

While you’re here, why not check out our best photos from Coachella’s first weekend and our rundown of the fest’s 15 best reunions.