B.o.B is a pop star. He has pop pals. He has pop production. He has platinum pop singles, thanks to their poppy hooks and poppy sheen. And he has fans that, in another era, would be regarded as pop-crazed teeny-boppers. Which wouldn’t be remarkable, except that B.o.B. is also a rapper who graduated from underground mixtapes to pop stardom without triggering too much of hip-hop’s traditional career-ending sellout accusations — a feat he’s pulled off by embracing the pop world so openly that criticism seems churlish. And so album two from the 23-year-old Atlantan stamps bold his commitment to the pop cause while remaining convincing as a modern rap album. It’s hip-pop, but not as we used to deride it.

Last time around, with his 2010 gold-certified debut The Adventures of Bobby Ray, B.o.B. relied on high-profile non-rap guests like Paramore’s Hayley Williams and Bruno Mars to transform him from a much-touted whipper-snapper to a mainstream draw with a portfolio of radio hits. Strange Clouds doesn’t stray from that formula: The guest stars include Taylor Swift, Ryan Tedder, Chris Brown, Lauriana Mae, Trey Songz, and a ridiculously convoluted spoken-word poem by Morgan Freeman that includes the clumsy revelation, “As the mask of deception falls off the face of humanity / Unveiling the grim reality of duality/ In which everyone is a casuality.” Right!

Tedder and pop alchemist Dr. Luke rack up almost half the production credits. But combined with B.o.B’s own increasing confidence as a warbler of hooks, foreign guests are now just a standard part of his music’s fabric. Not content to merely use boldface names to boost him up a few extra chart positions, he channels the traits of his collaborators, playing like a chameleon and adapting to each vocalist’s vibe. 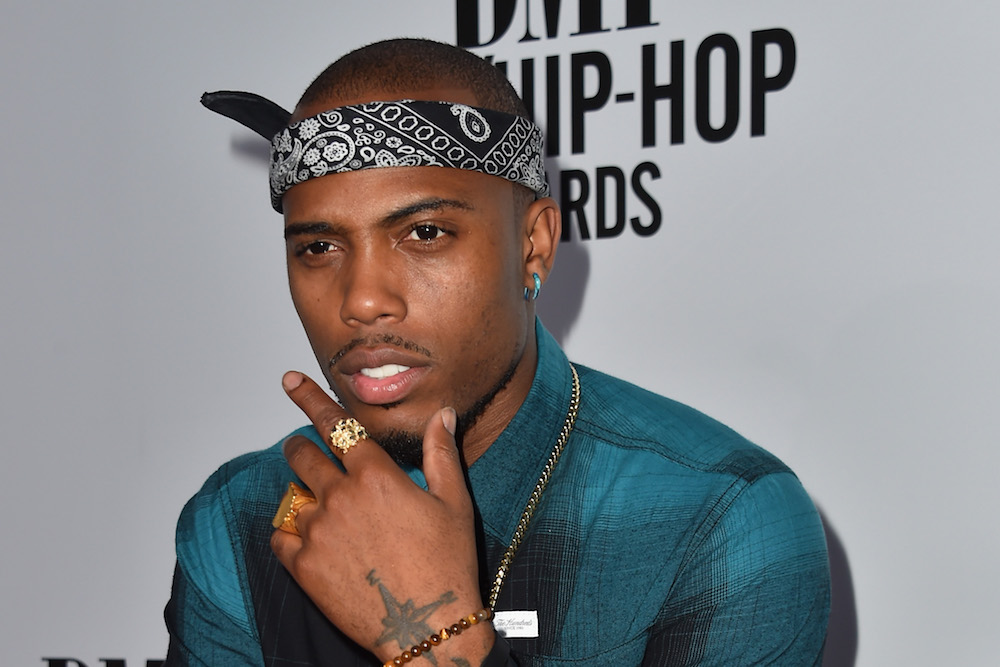 This knack for building off the reflected swank of other artists is what allows B.o.B to avoid coming off as a phony. His talent doubles in the presence of superstars. So when he’s paired with a popstress like Taylor Swift on “Both of Us,” he starts to sounds like a heartthrob. When he’s locked in a space-based psycho ward with Nicki Minaj on “Out of My Mind,” he spews out lyrics equally as deranged and detached as his cellmate, boasting that he’s “so out there I slap box with E.T.” And when he lines up next to Lil Wayne on the title track, he amps the intensity of his raps to a degree that leaves Weezy’s verse withering away into lazy gang shout-outs. B.o.B.’s skill isn’t riding the coattails of other artists — it’s getting them to ride his.

Furthermore, now that he’s “made it,” he’s beginning to lace his lyrics with a pleasing hint of cynicism. His climactic verse on “Strange Clouds” has him musing, “They say I’m a celebrity / What the fuck’s a celebrity? / I guess I must invest in the proper form of protection.” The rant boasts top-notch technical chops — at times, he’s capable of mustering up the type of furious-but-focused intensity beloved in Eminem — but he’s also started to develop something akin to Kanye West’s privileged whine: On “Ray Bands,” he talks down to a girl by claiming, “She after that endorsement / Ever since she saw me on the Forbes list.” In more jaded hands, the sentiment could smack of arrogance, but imbued with B.o.B.’s youthful energy, it resonates as a likable cockiness.

Strange Clouds revels in B.o.B’s tighter lyrical performance, but the remarkable thing here isn’t necessarily the rapping. It’s his newfound comfort in delivering catchy songs that appeal to a generation of fans for whom the idea of a rap artist making music with an obvious commercial agenda isn’t so much antiquated as nonexistent. He’s not a rapper claiming a gangsta or drug-dealing background who happened to crack the mainstream while repeatedly referencing his nefarious past, but someone at ease with playing in a pure pop playground. So instead of constantly feeling the need to assert his authenticity, he’s happy to focus on having fun. The result is exuberant and enthusiastic, and its architect bops along with an unapologetically clean-cut strut. He’s a pop star and he knows it, and he doesn’t pretend otherwise.