The Black Keys Chomp BBQ on Bourdain’s ‘No Reservations’ 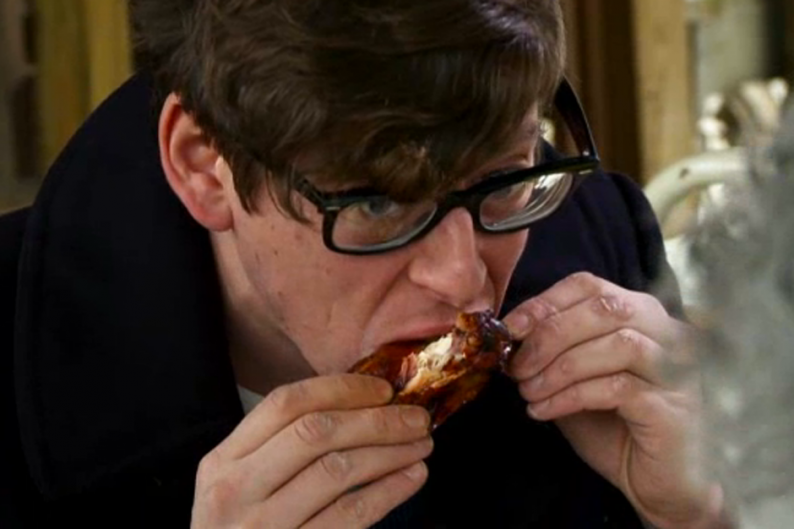 What is it with artists and unhealthy but awesome food? Last night on Late Night With Jimmy Fallon, the Roots’ ?uestlove pitted his fried-chicken recipe against the deliciousness served up by a professional New York restaurateur. And, as NME points out, the Black Keys will be on the Travel Channel on Monday scarfing barbecue for celebrity chef Anthony Bourdain’s No Reservations. A clip from the April 16 show finds the Akron, Ohio, duo dining at Kansas City’s Woodyard Bar-B-Que with Bourdain, whom they pick up in the van from the cover of latest album El Camino. The unassuming rockers will command a big stage at Coachella this weekend, but here they reflect on bad Chinese food and “unidentifiable” burger patties from their years of $5-a-day food budgets. Bourdain acts like he’s weirdly terrified of the two, though his show has previously hosted Queens of the Stone Age’s fearsome Josh Homme, so we think he’s just being funny.