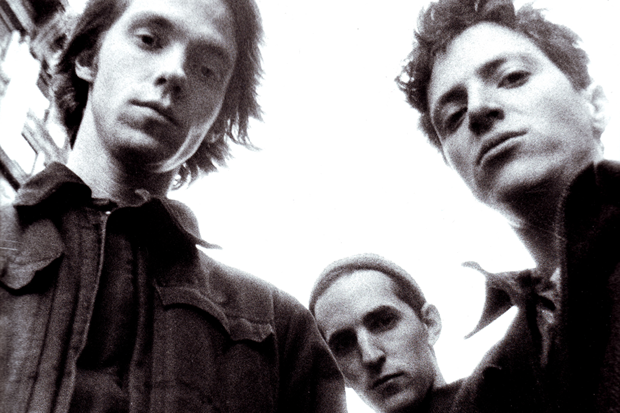 Codeine
Frigid Stars (7)
Barely Real EP (7)
The White Birch (9)
(Numero Group)
Codeine’s jagged, exquisitely slow music is the embodiment of a particular kind of Fuck It, or maybe even the silence that stands in when Fuck It takes too much effort. There’s an excellent Greek word for this, and the word is anhedonia: the condition of being unable to experience pleasure. This isn’t the same thing as saying Codeine made miserable music, because they didn’t — misery would be too clear a feeling, a feeling defined by a presence instead of an absence. The band’s ancestry is in Black Sabbath and “Wild Horses,” but the product is closer to jazz: confidently performed but vague in its intentions, marked by mumbled vocals and big, open guitar chords blowing in flurries across the mix. Of their two full-length albums, 1994’s The White Birch is the black-and-white photo to predecessor Frigid Stars’ photocopy, blurrier and more sophisticated (though suggesting that Codeine had any sense of variety is missing the point). The paradox is that their unyielding numbness creates its own kind of warmth — the feeling of cold water running for so long that it suddenly feels hot.

Various Artists
Personal Space (8)
(Chocolate Industries)
Upwards of 70 percent of the time, these obscuro-soul compilations are tiresome. This one is not. This one demands attention, and not just because it’s grainy and homemade-sounding, or because it serves as evidence of (mostly) black (mostly) men trying to incorporate the (mostly) white (mostly) European sound worlds of synthesizers into soul music, or even because it features a song called “Love Vibrator.” But because it’s a demonstration of blind faith in the idea that making laser-beam noises might make you famous. Which it won’t, but like so many fantasies, it’s strange, irrational, and beautiful anyhow.

Pantera
Vulgar Display of Power (8)
(Rhino)
Like most metal bands, Pantera were hulky and mean and all that crap. Unlike most, they had ass and a sense of how to maneuver it — 1992’s newly remastered Vulgar turns violence into a means of hypnosis, like pistons in motion or animated GIFs of people repeatedly falling on their faces. Weed no doubt adds to the effect. Blow after blow, the band create indelible lines; in between, they play all kinds of bluesy twists and polyrhythms more easily traceable to black boogie than white hardcore. Under the computer-generated flames, thickets of beard, and aprons of tattoos, behold: They’re dancing.

fIREHOSE
lowFLOWs: The Columbia Anthology (’91–’93) (4)
(Legacy/Columbia)
fIREHOSE grew out of the beloved Minutemen after frontman D. Boon’s death in 1985, with bassist Mike Watt and drummer George Hurley adding singer-guitarist–Minutemen fan Ed Crawford. The trio played scrappy, earnest rock that was influenced equally by folk, punk, and funk. It was meaty and pointy and 100 percent American. It was decent. After seven albums split between SST and Columbia, they deserve a cherry-picked overview of their best material; what they’ve gotten is a buffet of their worst, complete with juicy “unreleased recordings.” By Mike Watt’s own admission, they ended their career having gotten “used to each other in a bad way.” Witness the downhill slide, all in the name of historical relevance.

Francis Bebey
African Electronic Music 1975–1982 (6)
(Born Bad)
Francis Bebey was a Sorbonne-educated novelist, UNESCO worker, and Cameroonian radio journalist — the kind of smart guy fully aware of how outsiders might read the phrase “African electronic music” and see a paradox. Don’t they make their music with bones and walrus skins? Yes, but some learn to take up synthesizers against their oppressors to prove that primitivism has nothing to do with intelligence. They still like thumb pianos, but they also like combining them with drum machines, and they’ve learned to laugh at the fact that the townspeople’s metric for their insanity is that they’re not into soda. Unfortunately, the barrel is scraped a little hard here, and the best of the comp greatly outshines the rest.

The Trypes
Music for Neighbors (7)
(Acute)
A clever album title for a band that sound like they existed primarily for themselves. The genealogical selling point here is that the Trypes are part of the same circle of hermetic New Jerseyans as the Feelies. Like the Feelies, they play jangly, trancelike folk rock. Unlike the Feelies, they seem to be the product of the living room instead of the garage — dimmer, more insular, stranger. Music for Neighbors works, then, but only if you think of it as “music being made by the people next door” — you know, the quiet ones, the ones so mysteriously normal it gives you the willies.

Tom Zé
Grande Liquidaç ão (7)
(Mr. Bongo)
The albums that Brazilian singer Tom Zé has released since the 1970s constitute as exhilarating a run as anyone anywhere has had, em Inglês ou Português: radical, itchy, rhythmically complex music counterweighted by bright melodies and a sense of sonic humor that, like the gestures of Charlie Chaplin and Buster Keaton, neuters language completely. At the time of his 1968 debut, he was tooling around with the Tropicália pack, playing what now sounds like psychedelic variety-show music — horn-section oompah-pah, carnival organs. It’s the tip of what turned out to be an iceberg.