Meanwhile, Diddy and the artist formerly known as Shyne reunite in Paris 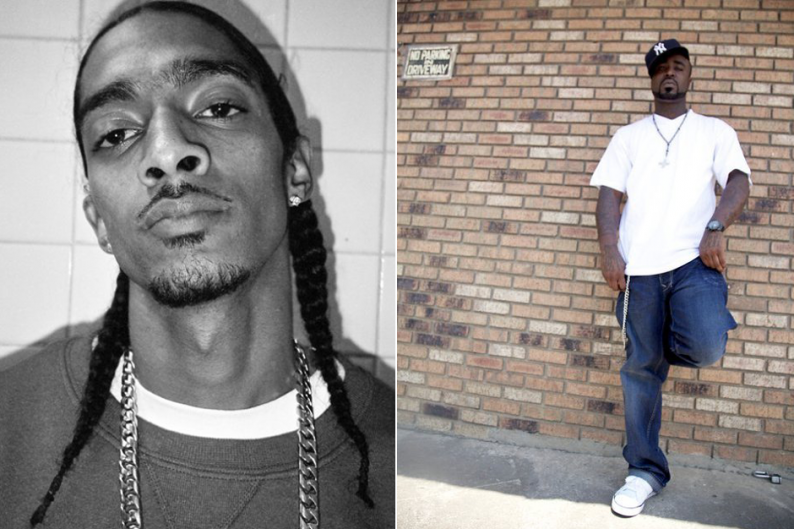 The music world came under literal fire this weekend, starting with a sizable shooting at a Nipsey Hussle concert in Tempe, Arizona. At around 11:30 p.m. Friday, Tempe police Sgt. Steve Carbajal told MSNBC, more than 250 people were waiting in line at a venue where Hussle was set to perform when three men who had been arguing opened fire at each other, injuring at least 14. The gunmen were suspected Phoenix gang members; police say one shooter was arrested on the scene, while the other two fled. Nipsey, who grew up as Ermias Asghedom in the crime-heavy neighborhood of south central Los Angeles, has since denounced the violence via his Tumblr, declaring his strong opposition to guns and his adherence to “peace and progress through hard work.” He added, “I never glorify any situation like this and think it’s disgusting.” In a more succinct response, he took to Twitter, commenting, “This shit ain’t rite.” The Tempe concert was, naturally, canceled in the wake of the shooting.

The next night, around 3:30 a.m., TMZ reports that Young Buck came under fire while driving in his SUV down the streets of Nashville, his hometown, where he was supposedly in town for a new project. Eleven gunshots were fired; the G-Unit rapper and a passenger in his backseat were not hit, but one struck the shoulder of his girlfriend Kenyetta Rainey, who was sitting in the passenger seat. She was treated and released from Vanderbilt Hospital. No arrests have been made yet.

In an ironic (and peaceful!) coincidence, Sean Combs was reunited with former protegé Shyne during Paris Fashion Week, reports MTV, after a 13-year estrangement that spawned from Shyne’s arrest and conviction for attempted murder, assault, and reckless endangerment stemming from the 1999 Club New York shooting involving Diddy and his then-girlfriend Jennifer Lopez. Shyne was convicted in 2001, served ten years in maximum security prison and dissolved his relationship with Bad Boy Records. He was released in the summer of 2009 but remained estranged from Diddy and the whole crew — until, apparently, now. Combs tweeted an Instagram photo of the pair yesterday, reminding us Shyne is now known as Moshe Levi Ben-David, having converted to Orthodox Judaism while in prison.