Fun tidbits from 'Shut Up and Play the Hits' filmmakers 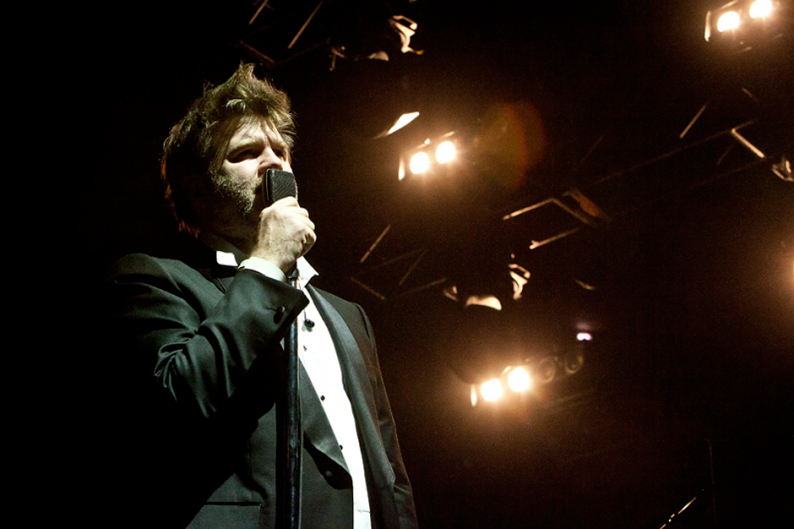 You’ve already choked back tears watching the trailer for Shut Up and Play the Hits, the forthcoming SPIN alumnus-narrated documentary that captures LCD Soundsystem’s final show last spring at Madison Square Garden. Get ready for some more “aww”-inspiring commentary from the filmmakers, who keep revealing endearing details about Murphy’s behavior the night of the gig. In an interview with Grantland, filmmakers Dylan Southern and Will Lovelace share one of the bandleader’s biggest regrets: He can’t stand watching the part of the film that includes his onstage banter leading up to Arcade Fire’s guest appearance.

“James always cringes when he sees that,” Southern says. “Because he hates it when people onstage go for the cheap cheer, instead of just going, ‘Here’s Arcade Fire!’ he just started talking… he never [says their name], just starts rambling. Every time he watches that, he’s like, ‘Ughhhh.’ “

Another heartwarming behind-the-scenes tidbit: Literally 20 minutes before the band took the stage, Murphy was “checking his e-mail… just to see if someone needed to get on the guest list.” What a nice dude! Or at least, a dude who likes things to go as planned in the face of one of last year’s biggest ticket scandals.

While we wait for the film’s wide release, read what SPIN’s resident film expert Phoebe Reilly had to say about it when she saw it at Sundance, as well as her own interview with Murphy.