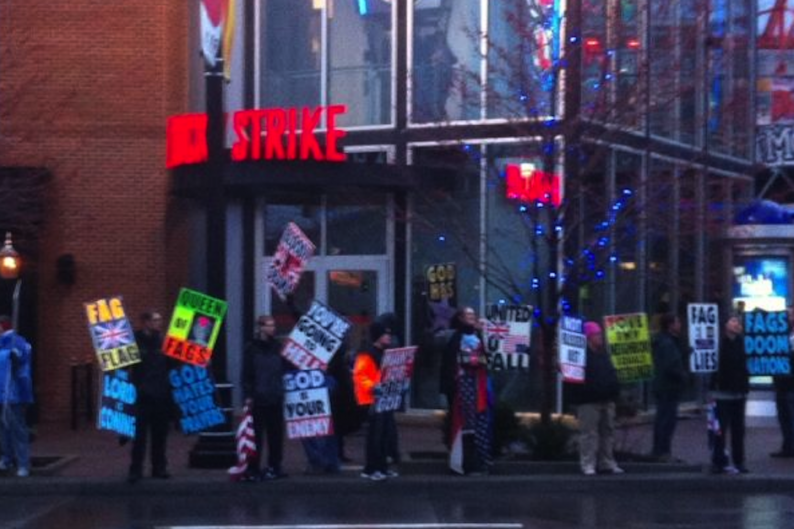 Radiohead’s concert last night in Kansas City drew in more than art-rock fans from throughout the Midwest. It also attracted a bunch of self-proclaimed religious folks known for picketing gay rights events, American troops’ funerals, and Foo Fighters concerts. And the protesters from the Westboro Baptist Church in Topeka, Kansas, even brought their own attempt at music criticism. (They still like The Bends, you just know it.)

As At Ease points out, the protesters described the band as “freak monkey’s with mediocre tunes,” which is [SIC] on arguably multiple levels, depending on whether you’re talking to a diehard Radiohead fan or not. Also: God hates correct punctuation, apparently. Although the British rockers sadly didn’t stage their own counter-protest, as Foo Fighters did late last year, longtime Radiohead producer-collaborator Nigel Godrich did tweet a photo of the protesters, quipping, “Highlight of the tour so far.” Welcome to the freak-monkey house!

During the set, Radiohead played “Supercollider,” a 2011 non-album single, for the first time on their current swing through our occasionally embarrassing continent. Listen to the band’s performance of the pulsating electro-rock ballad, a leftover from the King of Limbs sessions and a mainstay of their 2008 tour: