How well did Chicago's Hüsker Düdes do the Dü? 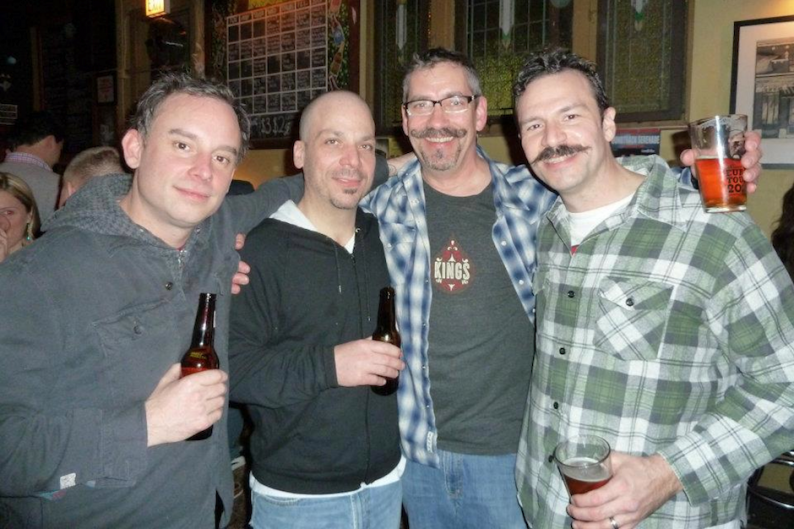 While Hüsker Dü guitarist Bob Mould was busy moving his long-running solo project to Merge Records last week, famously mustachio’d bassist Greg Norton was jamming with some of the late punk outfit’s biggest fans: the “planet’s only Hüsker Dü tribute band,” Chicago’s Hüsker Düdes, at Chicago’s Quenchers Saloon on Saturday. The foray might’ve been a birthday celebration, considering the bassist-turned-restauranteur made it to 53 years yesterday.

In the video evidence courtesy of blogger Slicing Up Eyeballs, Norton joined the Düdes onstage to play “From the Gut,” “Target,” and “Blah, Blah, Blah.” However, does the young lineup’s on-stage persona live up to the energetic performances the seminal trio gave back in the ’80s? For that, we give you: side-by-side YouTube comparisons.

The Düdes + Norton playing “From the Gut”:

The real Hüsker Dü performing, among others, “From the Gut” and “Target” at West Side Club in Philly back in 1983:

What do you think? We kind of think AARP-eligible Norton seem like a Hüsker Dad but still brings it. Which is worse, the crappy VHS tape recording of 1983 or the crappy vertical iPhone recording of 2012? Let us know in the comments (or, if you’re too lazy for that, you could always just click here to read our 2008 SPIN interview with Bob Mould).