They played, predictably, acoustic versions of "Haiti" and "Wake Up" 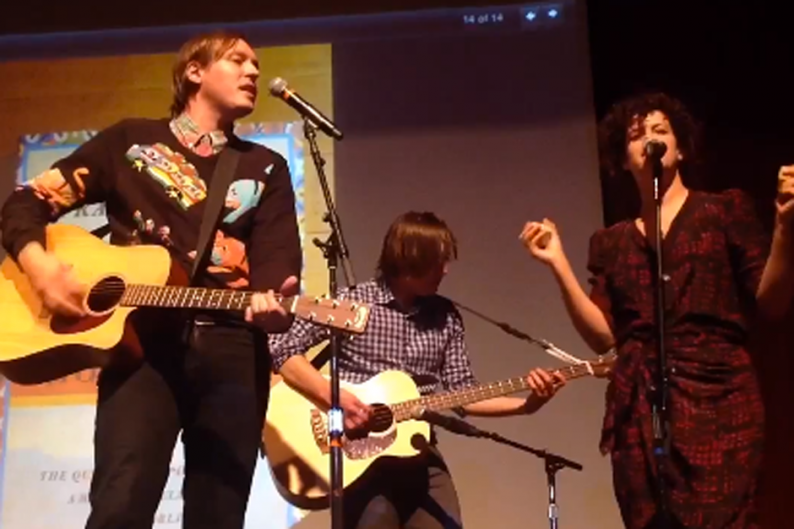 Arcade Fire, if you hadn’t heard (hint: if you read SPIN, you did), lectured at the University of Texas at Austin yesterday to raise awareness about the socioeconomic crises that persist in post-earthquake Haiti. As SPIN noted previously, the gang hyped their lecture gig — during which they discussed their efforts with nonprofit Partners in Health, to which the band has donated $1 for every concert ticket sold since the 2010 disaster — with a mildly surprising appearance at keynote speaker Bruce Springsteen’s SXSW performance earlier in the week, where they assisted the Boss and a host of other outspoken artists in singing “This Land is Your Land.” But of course, performances didn’t end there, because what Arcade Fire lecture would be complete without a little musical accompaniment?

We couldn’t find any footage of the actual lecture on YouTube, but Consequence of Sound grabbed the best of the student-shot vids of the performance. Watch as Win Butler, Régine Chassagne, Will Butler, and Marika Anthony-Shaw perform fairly obvious choice “Haiti” as well as “Wake Up.” You can also listen to Arcade Fire’s Record Store Day Suburbs remixes when you’re done.