From his upcoming 'Mobbin' No Sobbin' mixtape 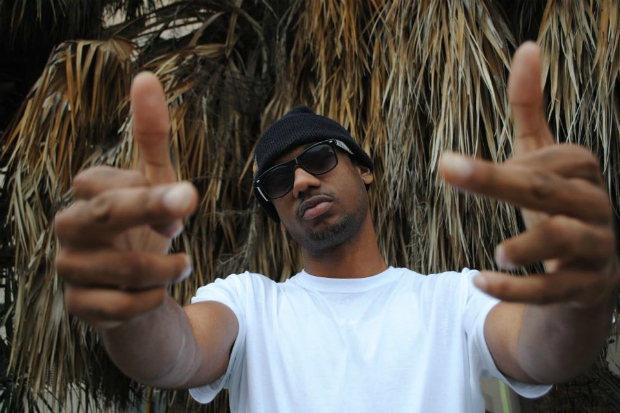 If you watch one rap video with awkward dancing today, make sure it’s Western Tink’s “Fancy Schmancy,” and not, T.I.’s “Hot Wheels,” an attempt to wedge Iggy Azalea into T.I., Travis Porter, and Young Dro’s world with little to no success. Iggy, who we’re now forced to care about for some reason, tentatively bobs to the beat as the camera lingers on her for as little time as possible, like everybody knows how WTF this whole team-up is. Contrast that with Tink’s apartment chill-out featuring red Solo cups, goofy geeked-up guys and girls, Teenage Mutant Ninja Turtles and Robot Chicken posters, a Vans-sporting stripper, and woah, yeah, a stripper pole right in the middle of an otherwise regular-ass apartment. It’s also a little awkward, but in a totally charming, Western Tink-like way.

On “Fancy Schmancy,” Western Tink boasts that he’s “cooler than Morris Day,” and ponders the multitudes and conundrums of the opposite sex (“She’s a freakazoid, but she wear grandma panties”; “She’s a nerd chick, but she don’t wear no panties”), over Beautiful Lou’s rainy Bladerunner-y beat. “Fancy Schmancy” will be on Western Tink and Beautiful Lou’s upcoming Mobbin’ No Sobbin’, named after the duo’s best-known collaboration from last year’s Hard To Keel Vol. 1 mixtape. Like a lot of excellent, oddballin’ rap, Mobbin’ No Sobbin’ comes out on MISHKA. For now, enjoy the song and video for “Fancy Schmancy” below: