Watch the latest video from 'Lord of the Fly' 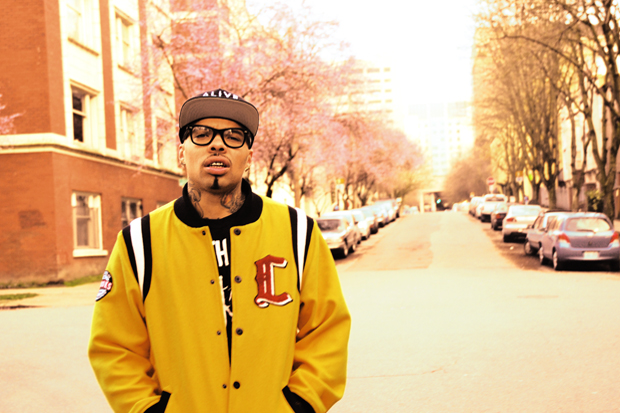 “Rammin,” off Nacho Picasso’s January mixtape Lord of the Fly, finds the Seattle rapper pouring ridiculous boasts (“I’m like the statue of David except I’m more endowed”) and cheap-on-purpose punchlines (“Got the whole world in my palm, arthritis”), all over an ornate, stoned beat from producers Blue Sky Black Death. Though a nod to whatever pain’s hanging out underneath his weed-armored exterior does appear every once in a while, Nacho mostly just locks in on beautiful beats like this and raps with a ton of style and a dose of dark humor. But that’s enough — following September’s For The Glory, Lord Of The Fly is the second very good mixtape the guy has put out in less than six months.

Blue Sky Black Death have as much to do with say, an avant garde guitarist like Mark McGuire as they do fellow zone-out hip-hop producers Clams Casino or the Block Beattaz. And maybe it’s because of their name, which sounds like a Kranky band circa 2002, but BSBD’s production often reminds me of post-rock in its rumbling, experimental period, particularly the way that the beats hinge on synth wash slow builds and fairly epic beat breakdowns. A song like “Our Hearts of Ruin,” from last year’s instrumental album Noir is but one of many examples. The production duo also directed the clip for “Rammin,” as well as every other Nacho video, which is pretty impressive.

Rap video trend alert: Hilarious, self-effacing rappers talking on those big-ass mobile phones from like, 15 years ago. In Action Bronson and Riff Raff’s “Bird on a Wire,” you witnessed those white weirdos handling the brick-like phones from forever ago, and here we have Nacho being fed grapes and gabbing on an old school cellular. The rest of the video is a flickering flow of trippy, triangles running up and down the screen, creepy shots of wolves and snakes, and some fairly rowdy live footage. Check out the video for Nacho Picasso & Blue Sky Black Death’s “Rammin” below: