Watch the video for the contrarian Chi-town foursome's communal anthem 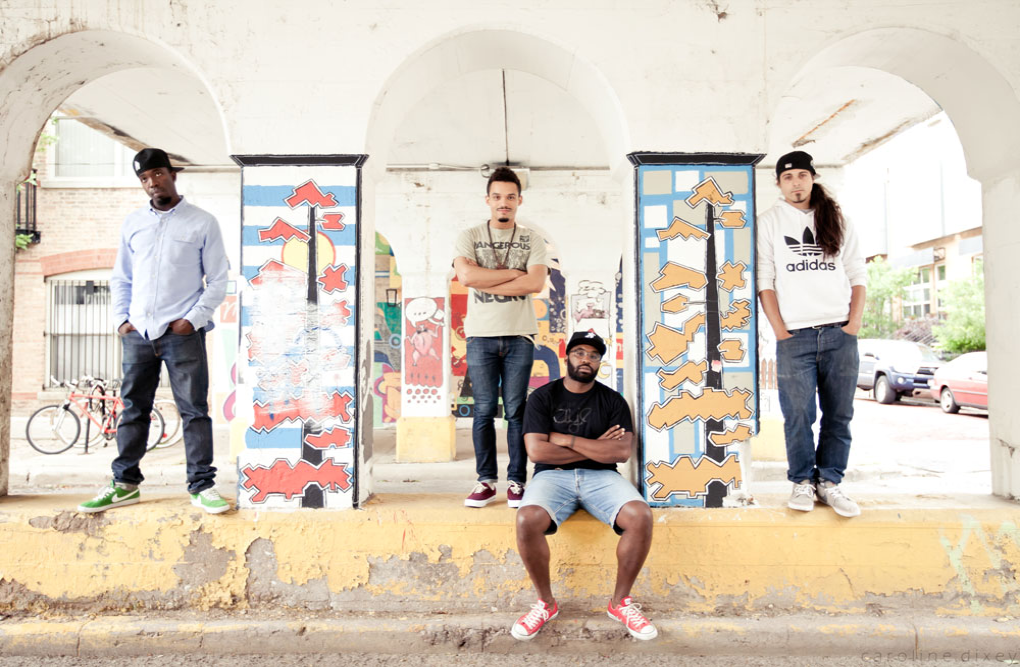 “If I can’t dance, I don’t want to be part of your revolution.” That oft-quoted line attributed to Emma Goldman (though she never said exactly that) seems apt for conflicted Chicago rap crew BBU. The foursome of DJ Esquire, Jasson Perez, Richard “Epic” Wallace, and Michael “Illekt” Milam, who first made a name for themselves with 2009’s “Chi Don’t Dance,” seem intent to merge the raw energy of the last decade’s mainstream and underground party rap, with thoughtful, politically engaged lyrics and well, not come off like a bunch of sanctimonious jerks.

bell hooks, their excellent mixtape from last month, sprints from spoken-word to Chicago juke/Baltimore club hybrids to mid-2000s pop-rap to soulful boom-bap and back again in a little under an hour’s time (download BBU’s bell hooks here). The only people that couldn’t get into something here are the kind of super-serious, lyrically lyrical, “real” hip-hop pseuds BBU want nothing to do with, anyway. As Jasson Perez quips at the start of his “The Hood” verse: “Too many conscious rappers can’t face facts / That drug dealers happen to make better rap.” Guest rapper GLC meanwhile, deconstructs the hip-hop canon, confessing that Public Enemy’s “Fight the Power” wasn’t entirely persuasive to his youthful, money-minded psyche.

“The Hood” is a celebration of home and place, so it’s appropriate that the video embraces the classic ’90s rap video staple of cramming as many of your friends and faces from the neighborhood into the frame as possible. Punctuated by simple, stylistic flourishes (a fish-eye lens, shaky cam shots from a moving car), “The Hood” feels refreshingly on-the-fly and direct, giving the hand-held, street-level visual a sense of personal-is-political communal joy. It’s a raw, honest product of its environment, rather than an expensive camera-aided, film school gritty vision of hood living.