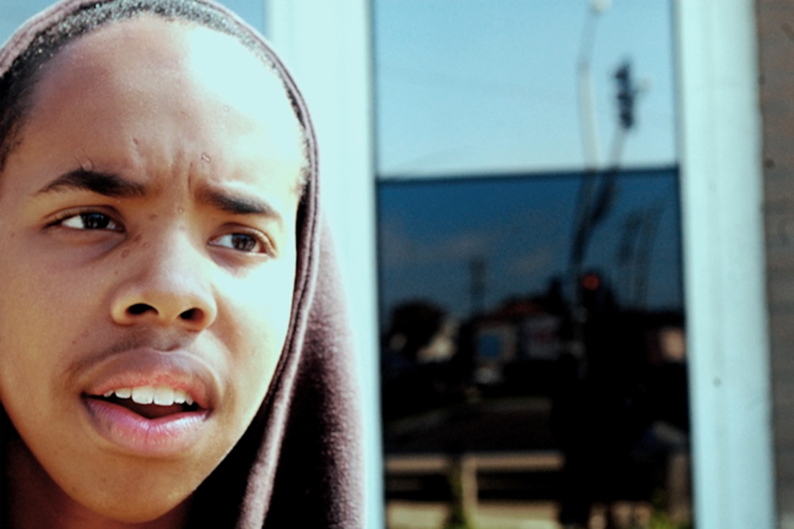 Earl Sweatshirt has officially returned from his exile, and now there’s video to prove it. Last week, it was revealed that the Odd Future rapper had appeared on his collective’s “Oldie,” the closing track on the group’s upcoming The Odd Future Tape Volume 2, and today Earl, Tyler, the Creator, and Taco sat down for an interview with Hot 97’s Pete Rosenberg, where Earl, considered by many to be the most talented rapper in the Wolf Gang, finally put to rest some of the rumors about his sojourn to a Samoan school.

“Motherfuckers think that my mom heard a song and was like ‘No! No!’… I was fucking up, like music aside from everything, I was fucking up,” Earl said. Watching the interview, you can see Earl still hasn’t quite come to terms with his fame, and it’s clear to see why: He left for Samoa in June 2010, roughly around the time Odd Future exploded into an Internet sensation. Upon his return, Tyler, Hodgy, Frank Ocean, Earl, and Wolf Gang are stars in the music world, and while the rest of the crew were able to experience that rise firsthand and adapt, Sweatshirt spent the ascension in exile. “I was aware… I mean, ’cause, the Internet,” Earl said of keeping tabs back home. It’s as though he’s entering a raucous party sober while all the other guests have 10 drinks in them apiece.

While Earl was initially upset he was missing out on the fun, he’s already encountered the drawbacks of fame: He’s unable to skateboard anymore without being asked for an autograph. “I was taking a piss at Six Flags, and someone came up and asked me if I was Earl Sweatshirt,” he added. But the biggest revelation came when Earl revealed that, contrary to rumors, he would pursue a career in hip-hop. “I just wanna see where shit goes,” he admitted.