Gritty R&B great returns on Damon Albarn- and Richard Russell-produced 'The Bravest Man in the World,' due June 12 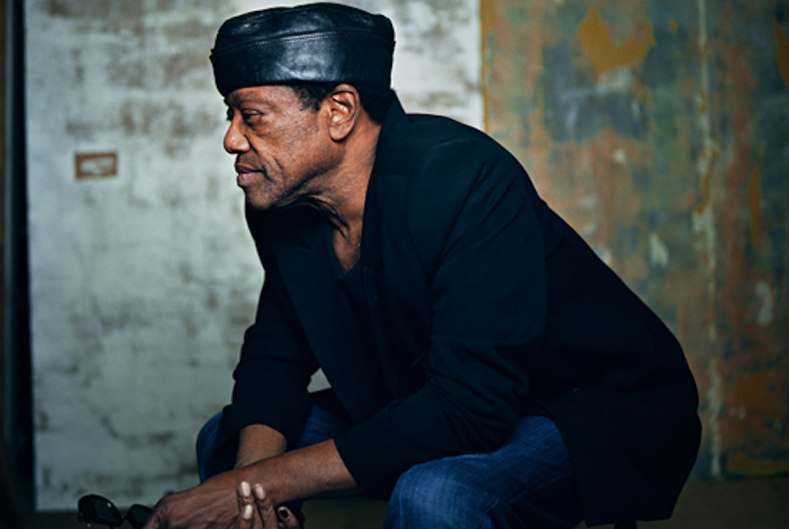 “He ain’t what you call one of the silken voices of soul,” SPIN wrote of Bobby Womack in 1985. “More like sandpaper. Or true grit, with the grease still sizzling on top.” Having survived the mysterious shooting death of his mentor Sam Cooke, the death of brother Harry in a domestic dispute, and the deaths of two sons, Womack has lived a life that more than matches the weariness and pain in his inimitable, gravelly croon. That voice hasn’t exactly been absent in recent years — he appeared on Gorillaz’ masterful 2010 Plastic Beach and its free follow-up The Fall, and 50 Cent sampled him recently on his own “Wait Until Tonight” — but his last full-length was 2000’s Christmas Album. It’s been a long, silent night.

“Please Forgive My Heart,” the just-released first song from Womack’s upcoming The Bravest Man in the World, is a very welcome return to the deeply felt singing of Womack’s best work. Due out June 12 on XL Records, the album is produced by the ever-busy Damon Albarn along with label head Richard Russell. Albarn has already shown he knows how to get a howling, gut-bursting performance out of Womack, particularly on Plastic Beach’s “Stylo,” while Russell worked with another grizzled, proto-hip-hop veteran with a troubled life on Gil Scott-Heron’s powerful 2010 album I’m New Here. Simply put, there’s no reason this song shouldn’t rule hard.

Sure enough, “Please Forgive My Heart” is stirring, heart-wracking work. As with Solomon Burke in his late-career recordings for Fat Possum, or, hell, Bob Dylan on his great, post-illness Time Out of Mind, Womack’s voice more than makes up in character and expression what it may no longer have in purity of tone. And the material is neatly suited to such a deeply scarred delivery: “I’m a liar / I’m in a dream,” Womack emotes forcefully, before erupting in a wordless, ineffably screeching conclusion. The backing is somewhere between the electronic brooding of I’m New Here and the twinkly synth-pop balladry of Plastic Beach songs like “On Melancholy Hill” or “To Binge,” with a stark shift to ramshackle acoustic guitar in the end. If true bravery lies in not the absence of the fear, but the ability to subdue it, then this stoic electro-soul confession could qualify for a medal.