Singers ‘Battle’ to Creepy Nirvana Cover on ‘The Voice’ 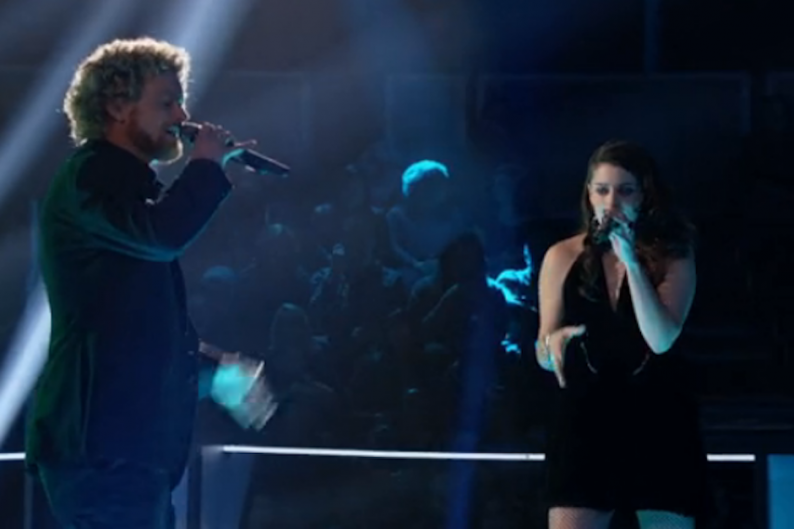 In November, Courtney Love tweeted at Simon Cowell, offering up Nirvana songs for the U.K. version of The X Factor. Love, frequently spied in the audience at American Idol, has never had a problem with singing shows covering her late husband’s material (though Muppets are an issue) and last night brought us a sluggish, creepy rendition of “Heart-Shaped Box” on The Voice, sung by two members of Christina Aguilera’s squad, Lindsey Pavao and Lee Koch. The Tori Amos-esque performance is below, but the really insane stuff went down during the package that aired before the competition, when baker/singer Koch admitted he hadn’t really heard the song in 10 years (Pavao, a big Nirvana fan, was befuddled), and Jewel — Jewel of all people — had to lay down the law. Noting the song has “bizarre, poetic, really interesting lyrics,” Jewel admonished Koch for blurring the words, “I wish I could eat your cancer,” adding, “That means something very specific to Kurt, and he sold it when he sang it.” Have you met Jewel, unlikely voice of reason? We wouldn’t have expected her to be so much more Cobain-savvy than Blake Shelton, who broke our hearts by exclaiming, “I’ve never heard that song before in my life!” during judging. To which Adam Levine (yes, he of “Moves Like Jagger”), responded, aghast, “Who are you!?” (Pavao won the battle, by the way. Spoiler alert? You were going to find out anyway.)