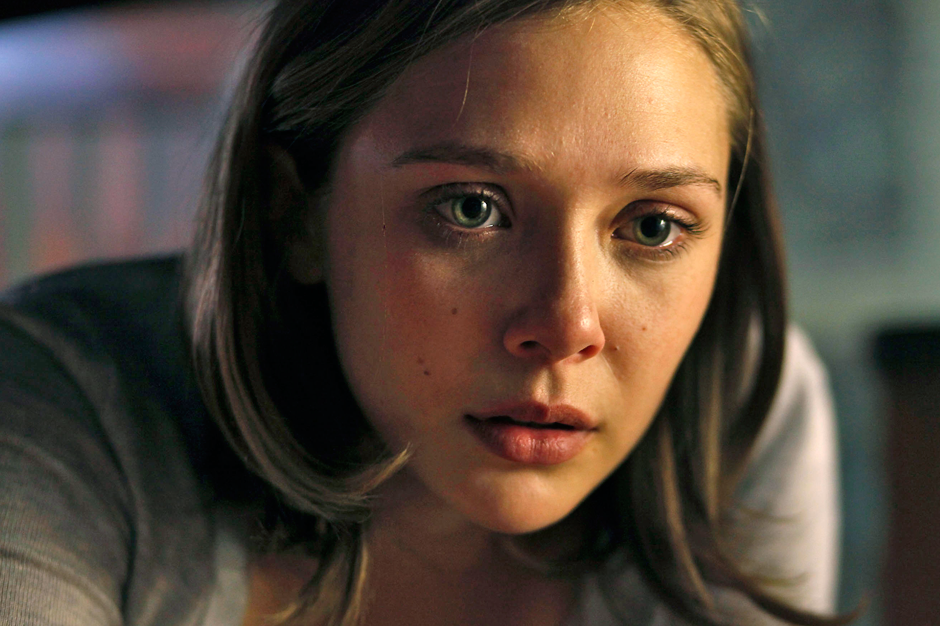 Silent House, which opens today, is no ordinary thriller, and it’s important to the filmmakers that you know this. It’s billed as a journey “experienced” in a single uninterrupted shot, meaning the 88-minute movie, about a young woman trapped in a house and terrorized by unseen forces, wasn’t actually filmed in one take, but it unfolds in real time. Directors Chris Kentis and Laura Lau, the team behind the minimalist left-behind nightmare Open Water, were approached to adapt the 2012 Uruguayan flick La Casa Muda, and as luck would have it, they were able to cast a then-unknown Elizabeth Olsen as the lead — and practically only — character. The actress, who has since gone on to do more than just surprise us with her existence, certainly adds to House’s intrigue, but the real feat here is how Kentis and Lau managed to capture the action. SPIN asked them exactly that. The answer: in a series of very, very long takes.

Okay, how many shots, total, are we seeing here?
LAU: Well, I can tell you that some of our takes were 13 minutes. Give or take a little, they were all pretty much in that range. They were very complex. We wanted to cut as little as possible.
KENTIS: Yeah, we thought we could’ve done it all in one shot, but I don’t think it would’ve been nearly as interesting.

What kind of challenge did that present?
KENTIS: Well, all the normal ways you control pacing and a character’s performance are done in the editing room. So it was all about preparation.
LAU: It was really a question of making sure that we could keep the camera angles interesting and that we didn’t repeat ourselves in terms of our visual language, knowing that we would not be able to cut. Once we had the script, which is short, only 60 pages, and got the location —
KENTIS: Then we went there for a week. I’d have my camera and we would just do the whole movie over and over to refine it. Laura played Sarah. That was before we brought crew on. By the time we were ready to shoot, everyone really knew what they had to do.

Do you have any horror stories from the set in terms of getting to the 11th minute and then all of a sudden something gets screwed up and you have to do it all over again?
KENTIS: You just described our whole day of shooting. Because it would literally take 20 or 30 takes to get some of these shots and you never knew which one was gonna be the one. So Lizzie had to bring it each time. And one person could just screw up.

How important was the house and where did you find it?
KENTIS: The house was really a character in the film. To make a long story short, we found it in New Rochelle [in Westchester, New York]. We were right in the flight path, unfortunately, of LaGuardia Airport. But we got very lucky because the schedule didn’t really hurt our production.
LAU: But we also prepared. We did a lot of sound-proofing.

What was the hardest scene to get right?
LAU: Probably the scene where she goes out of the basement and tries to get in the car and then goes back to the house. It was technically very challenging, because we also wanted the light to change during the sequence.
KENTIS: Metaphorically, what’s going on is that it’s daylight when the movie starts and she’s trapped in this dark house and so she escapes and gets back out into the light, but we wanted the dark to start taking over the outdoors as well. She can’t escape this darkness. We wanted to shoot just as the sun was going down and capture that. Even though it was very complex choreography, the trickiest part was timing it with the lighting of the sun going down.

Lizzie Olsen is bringing a similar gravity to this role as she did to last year’s Martha Marcy May Marlene. Had you seen that?
LAU: No. We gave our script to our casting directors, who had cast [The Hunger Games’] Jennifer Lawrence in Winter’s Bone the year before, and they said, “We know who has to play this role.” Lizzie was a complete unknown.
KENTIS: She had shot Martha Marcy at that point in time, but it was not completed, so there was no tape, nothing to be seen of her other than her audition.

Do you now feel lucky to have gotten her?
LAU: Yeah. I mean, obviously, in a film like this where it’s one continuous shot with one character, we needed to cast somebody who you would care about and want to watch and who was accessible. At the same time, we needed somebody who could meet the technical challenges of a really long take. So we were looking for somebody who had theater experience. She’s a very serious actress.
KENTIS: Without her, we’d be in deep trouble.

What was more challenging, this or Open Water?
LAU: They were completely different. We had no clue what we were doing with Open Water. It was just Chris and me, my sister, and my mom. That was literally the entire crew.
KENTIS: And the two actors. And, of course, we hired a shark expert.
LAU: And here, what was so challenging with the continuous take was that decisions had to be made before we were shooting. We couldn’t put something in or reveal something later.
KENTIS: The movie’s being made as we were shooting it.
LAU: The final result that you’re seeing is a collaboration with our director of photography, our lighting department, and our actors.

So is the main triumph of this film a technical one?
LAU: No. It’s a different kind of intense experience without the cutting, where you can’t get away from the character. We hoped we were really able to convey the terror of being a traumatized person.