Starring her tattooed video boyfriend and a reptile 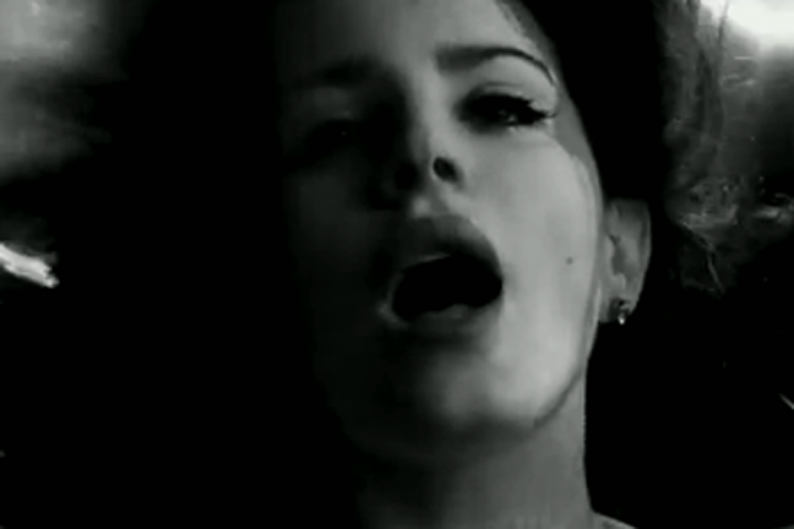 Nothing wakes up the post-SXSW masses on a Monday morning like a new Lana Del Rey video. The fresh clip is for “Blue Jeans,” and while the single’s cover art has drawn some controversy for the way Del Rey seems to be inviting a strangling (or a pulse-check!), this film-noirish music video is fairly tame by comparison. Lana spends the entire video lounging outside a California bungalow, doggy-paddling around the pool, and ogling her man. (Update: Del Rey’s reps tell us this version of the video is a premature leak, but the real deal should arrive soon.)

After notably recruiting tigers for her “Born to Die” video, Del Rey once again shares the screen with a predatory beast, taking a lap in the swimming pool with an alligator (or crocodile), at one point even embracing the reptile, a symbol for her dangerous romance with the tattooed James Dean stand-in. The actor is Bradley Soileau, who previously starred in Lana’s “Born to Die” clip. According to NME, the “Blue Jeans” video is a prequel to “Born to Die,” showing the couple at a happier point in their relationship. “Blue Jeans” is slightly reminiscent of Justin Timberlake’s “What Goes Around… Comes Around,” which came with a key swimming pool scene as well.

Despite Del Rey’s infamous SNL performance two months ago, she’s prepared to give network television another go this week by appearing on the March 22 episode of American Idol, where she’ll sing “Blue Jeans” in front of 20 million-odd viewers. Perhaps to avoid a similar SNL catastrophe, LDR’s Idol performance was pre-taped last week.