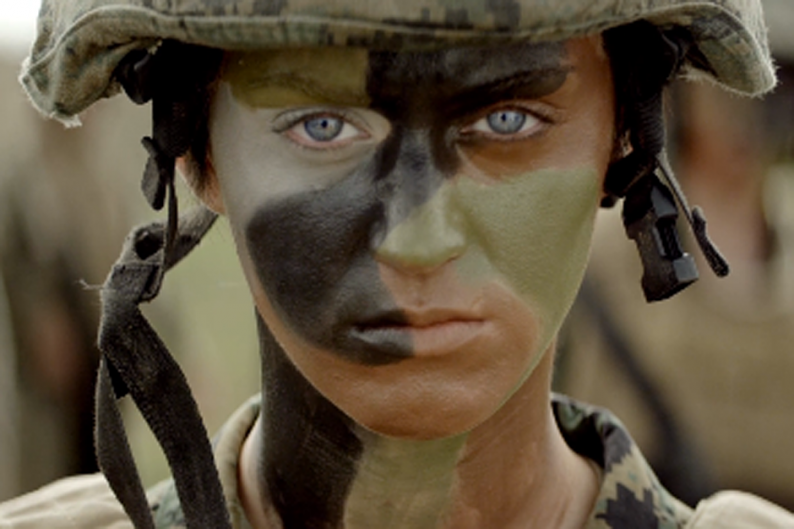 “Semper fidelis,” the U.S. Marine Corps’ slogan, takes on an an ironic shade of meaning in the military-themed new video for Katy Perry’s latest single, “Part of Me” (from aptly titled March 26 deluxe reissue Teenage Dream: The Complete Confection). The Latin means “always faithful,” and Perry’s lover in the clip — who, as it happens, looks more like Chris Martin than real-life ex Russell Brand — decidedly isn’t. As singles from Perry’s chart-dominating 2010 album Teenage Dream go, her latest uptempo electro-popper isn’t as frothily exuberant as, say, “California Gurls,” but in the weeks since its debut the recent pop No. 1 has established itself as a fine successor to alone-but-strong classics like “I Will Survive.”

Perry makes that strength literal in director Ben Mor’s (Nas, Black Eyed Peas) sharply polished video: She goes through boot camp, joined by a cast of actual Marines. If you cheat, the message appears to be, you’ll meet an army of Perry. Or a Marine Corps battalion, to be more specific. (Where’s the Rihanna Navy when you need them?) The few, the proud, the soon-to-be-seen-in-3D.