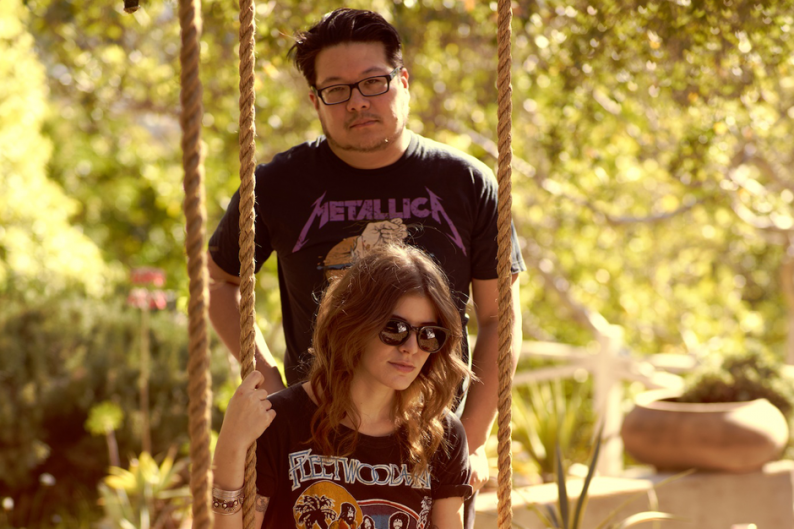 Turning into an adult doesn’t have to mean becoming someone else. Bethany Cosentino has said Best Coast’s Jon Brion-produced sophomore album, called The Only Place (due May 15) is about her “trying really hard to grow up.” The L.A. fuzz-poppers have said on Twitter they’ll be previewing some of the new material during SXSW, which, full disclosure, they’re playing our very own party this Friday in Austin. And obviously the Brion-lacquered studio product could sound very different. But based on what we’ve heard so far, Best Coast appear to be doing a fine job of maturing without losing their identity.

As the NJ Underground points out, Best Coast played a song from The Only Place, the bouncy lament “Why I Cry,” Saturday night in Denton, Texas. “Walk around in a haze / Seems to be the way I spend my days,” Cosentino coos. All distorted strums and ambling drumming, the song should go a long way toward reassuring anyone who worried Cosentino’s writing might be headed a little too far from the weed, heartbreak, and cat adulation of 2010 debut Crazy for You, a near-perfect set of lazily melancholy Southern California indie-pop. We don’t know why she cries, she sings, but it’s telling that she’s still tapping into that lonely, languorous pathos.

“Why I Cry” isn’t the only new song that appears to be thematically of a piece with Best Coast’s previous work. As Consequence of Sound notes, versions of The Only Place tracks “Up All Night” and “Dreaming Your Life Away” have also been previously released. Both are catchy, lovelorn, and lo-fi. Again, it’s quite likely Brion’s productions will bring these songs into sharper focus, perhaps even more so than Crazy for You did with Best Coast’s early singles. But for longtime fans, it’s encouraging to know that just because Cosentino has her own clothing line now doesn’t mean she’s forgotten what made so many indie-pop fans crazy about her songs to begin with.