On his latest mixtape, Rich Boy's producer redefines the meaning of grind 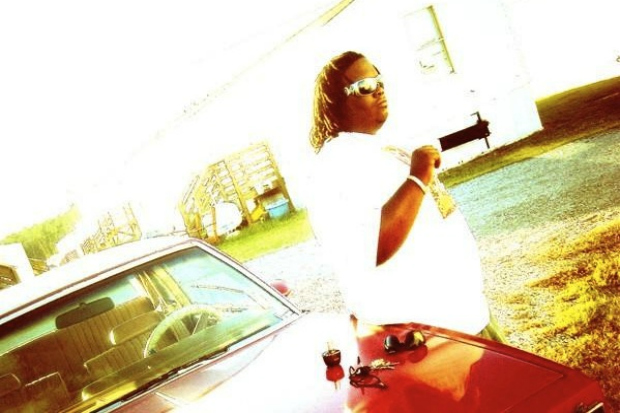 Since 2008, Supa Villain has worked closely with Rich Boy, providing the sturdy though often lost Alabama MC with a whole bunch of emotive, synth-rap beats. It has lead to a dependable mixtape discography in lieu of a “proper” follow-up to 2007’s Rich Boy, which, as the years go by, seems more and more unlikely of ever happening. The Gulfport, Missisippi producer/rapper himself, has released nine mixtapes. They’re all filled with frustrated, pained rapping over top his creative, worker-bee production which takes Southern hip-hop, slows it down a bit, then adds pensive keyboards, video game-inspired bleeps and bloops, and swirls of synthesizers.

Upon first listen, 40 Days, 1 Dark Knight probably sounds a lot like my pick from a few weeks ago, Big Kuntry King’s 100% Kane. Like that release, 40 Days, 1 Dark Knight is mean-mugging, thug rap anchored by a distinct personality and surrounded by hard-hitting, exploratory production. But Big Kuntry King’s mixtape felt like a mid-level, major label rap album from five or so years ago — in denial of just how much things done changed. That’s in part, what made it so admirable. 40 Days feels very contemporary, well aware of the fact that crafting a mixtape right now just means following one’s muse into a unique, personal aesthetic world, and hoping people want to enter that world and check it out.

The sounds wrapped around the nervy beats on 40 Days, 1 Dark Knight are spacey — Aphex Twin-like squiggles, rave-ready arpeggios, backwards electronic noises — and suggest a producer who spends a lot of time screwing around with samples, synthesizer settings, and music software, all in attempt to spread something new over his production each and every time. That dedication to craft is the bizarre concept for this The Dark Knight-themed mixtape, in which Supa Villain casts himself as “Bruce Bruce Wayne”/Batman, regular guy during the day, and by night, a workaholic holed up in a dark studio and obsessively pounding out beats and penning rhymes, even as it further alienates him from normal life.

“God’s Blessing,” Supa Villain’s origin story, suggests a life fueled by escapism and attempts to shake off reality: “My headphones on, kept me locked like a prison, chatting down reality but wanna live fiction.” The stormy “All I Need,” reduces life to beatmaking and three simple pleasures: guns, weed, and girls. “Mr. Carter 2″ places the rapper, real name Lance Carter, next to Jay-Z and Lil Wayne. Over a sputtering trance-rap beat, he double-time rhymes his way into consideration with those much more famous Carters. Those are a few mixtape highlights, but the approach here gains power from the overall impact of one strange, depressed beat after the other.

Supa Villain takes pride in his single-minded dedication to rap, and even seems to glean a self-destructive buzz from the isolation that comes with it. One of the lines from “Prologue” is, “clicking on icons, to become an icon.” Hardly glamorous, it is nevertheless, the low-stakes mission statement for this oft-neglected producer and a whole generation of beatmakers and rappers utilizing blogs, Twitter, and loose industry connections to develop a sustainable career. It’s a nerdier, much more honest version of the grinding that rap’s been blabbing about for about a decade now.