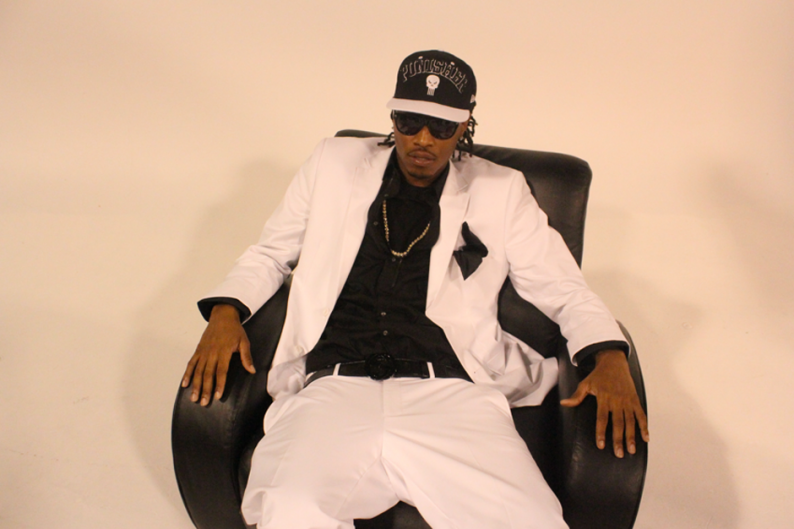 Future has been working behind the scenes in the Atlanta hip-hop scene for years, but only became a solo artist in the past two, building a local buzz until the lurching “Tony Montana” catapulted him to national attention. Since then, the 23-year-old, Auto-Tune-reliant singing rapper has been one of the most prominent of a new class of Atlanta rappers thanks to omnipresent guest spots (he’s stolen the scene on records by Rick Ross, Young Jeezy, and Gucci Mane) while pushing actual rapping as only a fraction of his overall artistic approach. He seems to have adapted different strands of hip-hop into one complete package: embracing the Scarface-inspired street themes of classic ’90s and contemporary trap-rap, the catchy melodic approach of the swag surfin’ generation and the introspective emotional style of artists like Kid Cudi. But Future is first and foremost a songwriter, and nowhere is that more clear than on his latest tape, Astronaut Status, the precursor to this month’s proper album, Pluto.

You have such a diverse style — where did you grow up, and what kind of music were you listening to then?
I grew up in East Atlanta, an area called Kirkwood. I listened to a lot of music. I’m with my mom, riding in the car, she might have on some Luther [Vandross], might have some Barry White. And she’d play some rap, Tupac’s “Dear Mama.” At the end of the day, when you’re riding with your mom and you’re a kid you’d listen to “Dear Mama” and the radio friendly records. I used to sneak and listen to Too $hort.

How young were you when you decided to start getting involved in music?
I was probably 15 when I started going to the studio with the older cats in my neighborhood. They heard me rap outside one time, I was just freestyling. And they invited me to the studio. It’s good when you’re accepted, no matter what crowd. That’s the first step of believing you can do whatever you feel like putting your mind to.

When you first had “Tony Montana,” did you have any idea how big it was going to get?
When I did it, the streets took so well to it, I knew it was gonna get big, but I didn’t know how big it was going to be. I just got through performing in San Francisco at the NFC Championship, so that was big. Man, it was crazy. Over 100,000 fans screaming “Tony Montana” at one time. And when I throw the rag up, I was waving the San Francisco flag, and the whole stadium just responded to whatever I do. There were older people in there, from 60-something to young kids, eight, nine, all age groups taking to “Tony Montana.” It felt good.

You release a lot of material, do you have a favorite?
I can’t pick a favorite, all my mixtapes are my favorite.

What do you think you did on Astronaut Status differently than on tapes you’ve done in the past? You said you were going to be rapping a bit less on it.
I just did whatever I felt. I had already turned my album in, and I didn’t want this mixtape to overshadow my album. So I went in with my thoughts. At the end of the day, you do it that way, it ends up coming out the best way. I’d already turned my album in, so it wasn’t like I was trying to outdo myself, to outdo the album I’d already presented. I was just going in, to give the streets something fresh to feed off until the album dropped.

A lot of your music can be more emotionally complex, it’s not just celebratory. What is it in your life that you’re expressing when it gets deeper than that?
I’m expressing everything, day-to-day situations, life situations, not necessarily what’s going on with me, but with homies that are around me. They go through some things that I’ve already been through. The mistakes a lot of them make… I try to teach change in my music. I’m trying to let people live through my mistakes.

Is there anything you wish you’d been told before you were successful?
Nah, not really. Because everything went the way it should have went for me to be here now.