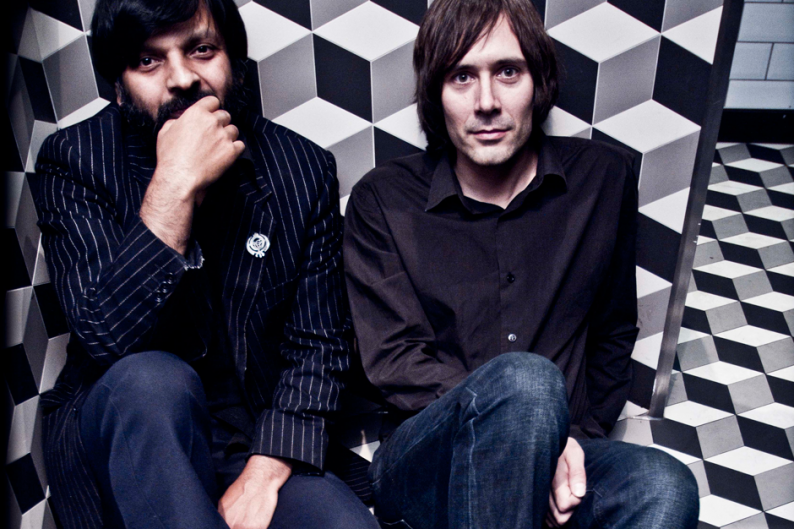 Cornershop’s 1997 breakthrough When I Was Born for the Seventh Time is a quintessential example of a record that awoke listeners with a forward-thinking sound in the moment. The Anglo-Indian outfit led by Tjinder Singh are having a different kind of moment now: As online connectivity has made the pop world so small that Switch, Q-Tip, Nick Zinner, and Buraka Som Sistema all have production credits on Santigold’s hotly anticipated new album, here’s Cornershop merging elements of dub, hip-hop, and Singh’s own Punjabi folk roots on “Milkin’ It,” the groove-driven advance track from May 15 album Urban Turban (itself the follow-up to last year’s sadly slept-on Cornershop & the Double O Groove Of). Directed by Astrid Edwards, the video spotlights the Oakland, California, dance style known as turf dancing. The Turf Feinz crew’s ENinja and Chonkie F Tutz show off their contortive moves on the streets of East Oakland, while guest vocalist Light of Aquarius name-checks rappers atop moody analogue synths and loping percussion. Born for the eighth time?