From Russia, a Loving Tribute to Chicago's Booty Bounce 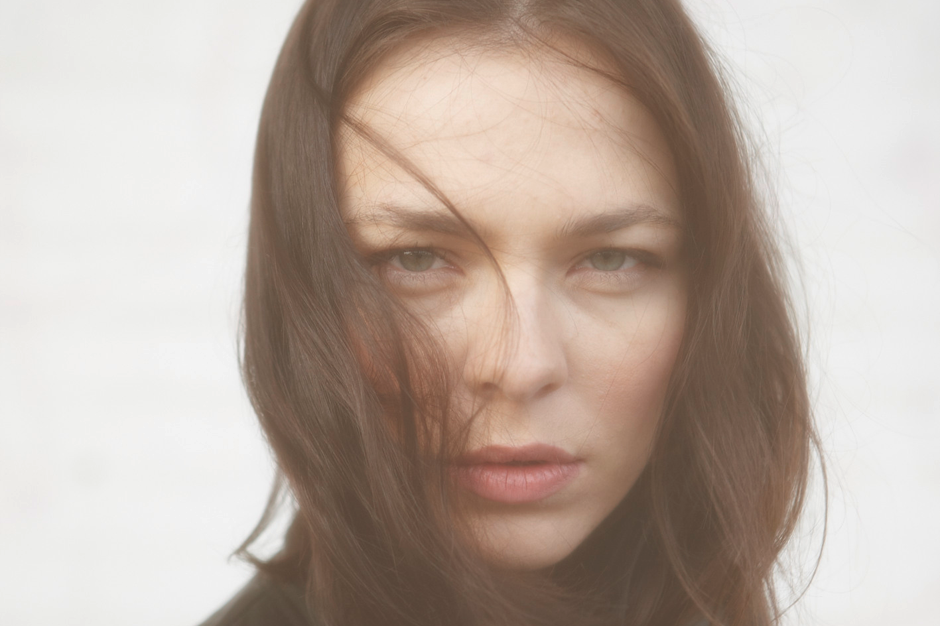 It took me awhile to come around to Nina Kraviz’ recent single, “Ghetto Kraviz,” but I’m starting to think it’s one of the more compelling club tracks of early 2012.

A little context: Kraviz is a rising producer and DJ from Moscow who broke on the international scene in 2009, with tracks for Radio Slave’s REKIDS, DJ Jus-Ed’s Underground Quality, and Efdemin’s Naïf. That constellation of labels says something about both Kraviz’ underground credentials and her classicist inclinations; her productions and DJ sets alike have been celebrated for their back-to-basics attitude, favoring the raw, tracky sensibility pioneered in the 1980s and ’90s by iconic labels like Chicago’s Trax and Jesse Saunders’ Dance Mania. As she told Resident Advisor, “Sometimes I think that my only purpose of DJing is to play Dance Mania records!”

“Ghetto Kraviz,” released last November as a teaser for her self-titled debut album, which came out last week, along with a video for the song, is an example of her true-school approach. The cover art offers homage to Trax; the title is a clear nod to “ghetto house,” the blunt, repetitive, often ribald style that Dance Mania championed in the early 1990s. And the music, with Kraviz’ voice looped over bare-bones drum machines, leans so heavily on ghetto-house tropes that it could be considered pastiche.

Kraviz isn’t alone in her fealty to old forms. House music right now is awash in ersatz, as producers pick up bygone styles and obscure sub-genres and essentially reverse-engineer them, turning out more or less faithful facsimiles of the originals. Dance music always has fed upon itself, of course; acid, born in the mid-’80s, was spawning revivals by the early ’90s. But the current “retromania,” as Simon Reynolds has termed it, is more widespread. In part, it’s a natural outgrowth of unprecedented access to archival culture provided by the Internet. Producers once found their styles by boning up on the records available in local shops; today, a kid in Estonia can get up to speed on the basics of almost any historical scene, from Detroit techno to cosmic disco, using little more than YouTube and Discogs.

However, particularly in dance music, there’s an odd cultural politics to this revisionism: consider the trend of white European and American producers slapping samples of recognizably African-American vocals over their tracks, as if they’re summoning some kind of original house-music “essence” — and, more problematically, laying claim to a culture that’s not their own. That’s what initially stuck in my craw about “Ghetto Kraviz”: for Kraviz to assume the mantle of ghetto house by eliding her name with the term seemed overly audacious and a little bit wrong.

But the more I’ve listened, the more I’ve realized that “Ghetto Kraviz” actually runs counter to some of the more questionable trends in dance-music appropriation. For one thing, Kraviz isn’t just sampling others’ voices; she’s singing herself, and what’s striking is how well she manages to nail both the delivery and the staccato edits that define classic ghetto house. (Just listen to a tune like DJ Slugo’s “Strap Up Before You Hit It” for comparison.)

“Ghetto Kraviz” may be a pastiche, but it’s also a properly hypnotic song in its own right. Unusual for club music, it foregoes the kick drum, instead using a bouncing low tom that adds a restless, squirrelly feel to the groove. Over the top, muttering and cooing, Kraviz’ muted voice spins like a twister, tearing softly through everything in its path. Perhaps it helps that you really can’t understand what she’s saying. Rather than honing in on some of the genre’s more sensationalistic aspects — the hoes and booties and insistent commands to “hit it from the back” — Kraviz turns the vocal repetition into something that sounds like speaking in tongues.

Where some producers fetishize the otherness of the black American experience — consider the white German producer Sascha Dive, who has put Black Panther posters on the covers of his records and uses titles like “Black Man,” “Underground Railroad,” and “The Get Out of the Ghetto Blues” — Kraviz addresses that otherness as something strange and disorienting. It’s almost as though she were emphasizing the distance between her inspirations and herself. And that, to me, feels far more honest than just sampling an African-American preacher and presuming to be down.

As it turns out, “Ghetto Kraviz” is also something of an anomaly on the album; it’s the only really literal translation of an iconic style. While the spindly, lo-fi qualities of classic house music inform most of the record, Kraviz’ reverence for her idols never overshadows her originality. She casts a wide net: you can hear echoes of European producers Pepe Bradock and Thomas Melchior, along with nods to Detroit’s Moodymann and Theo Parrish. All those influences swirl together into a suggestively diffuse atmosphere, with skeletal drum tracks cutting through the murk. The wispy, delirious quality of the end result is Kraviz’ distinct signature.