Listen: Nicki Minaj and 2 Chainz’s ‘Beez in the Trap’

It's a gangsta-rap history lesson and "Rack City" zeitgeist-grabbing throwdown all at the same time! 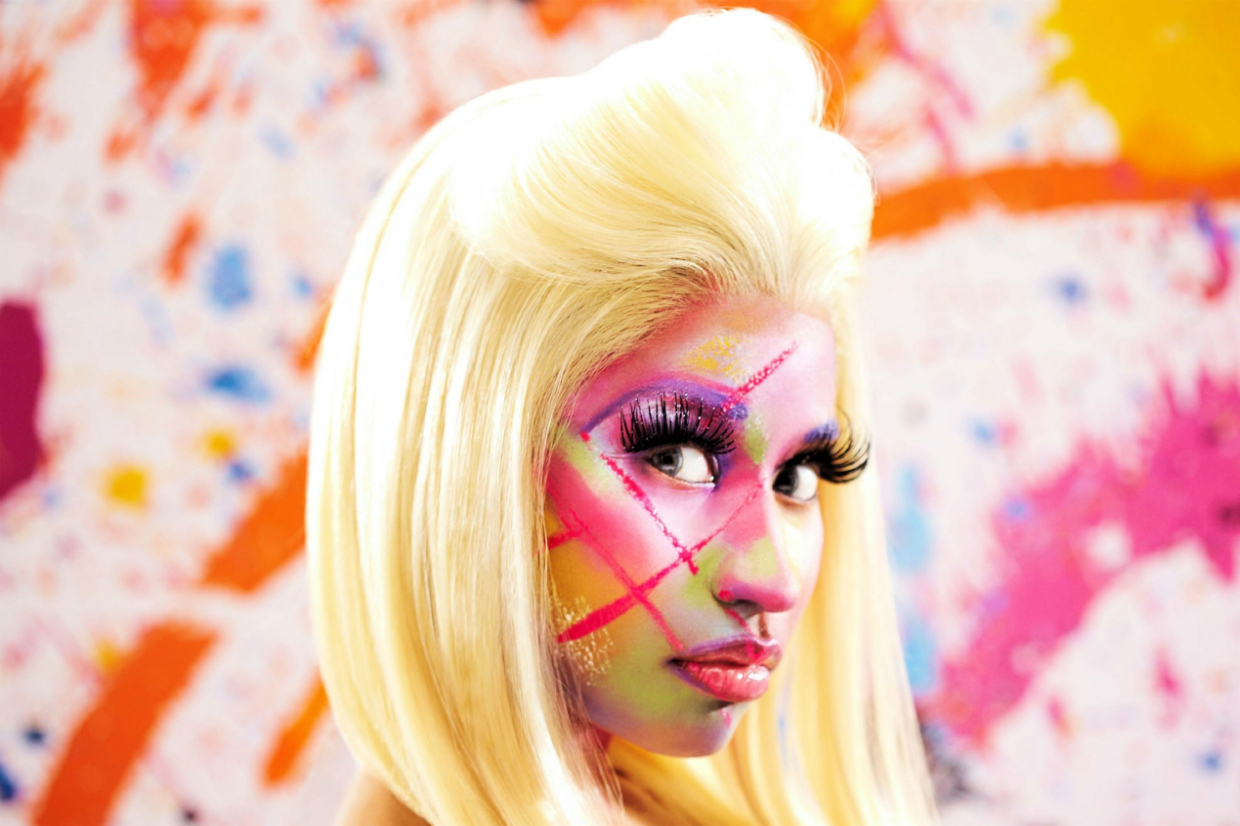 So, “Beez in the Trap” is Nicki Minaj’s gangsta rap record, right? In the loose, street-rap context that shouts out crack sales and rounds up a guest verse from 2 Chainz, for sure, but also because of the way it nods to the late-’80s, minimalist origins of the genre. She matches the vocal delivery of Schoolly D’s “P.S.K What Does It Mean??” and Ice-T’s “6 N’ The Mornin’,” and quotes that Dr. Dre aphorism, “bitches ain’t shit,” and then makes it her own by throwing that misogynist bullshit right back. Like, at all rappers. Former No Limit soldier Kenoe’s drip-drip synth with a little bit of an echo beat is very now in a stupidly, awesomely simple “Rack City” way, but it’s also as spare and raw as something that could’ve popped up on Rhyme Pays.

Another way that “Beez in the Trap” is retro: Nicki employs street hardness as a signifier of how great she is at rapping, not as an attempt to actually convince anybody that she’s “hood” or any of that authenticity nonsense. She’s successfully occupying the trap, ground zero for hardness, and calling its inhabitants “bitches,” all to prove that she is the consummate rhyming bad-ass. Think of Ice-T on “I’m Your Pusher,” where the skill of making hit records and selling you a hit of crack become one in the same (Nicki references the song with “I spit that crack, like I’m in that trap / So if you need a hit…”), or Public Enemy’s “My Uzi Weighs a Ton,” by which Chuck D really meant “My lyrics are awesome and will destroy you,” not, “I’m going to shoot you with an Uzi.” I’m turning this into some grad-school bullshit, I know (David Foster Wallace even wrote about this in 1990’s Signifying Rappers), but this was the function of most rap up until N.W.A. made the violence both super-literal and completely fantastical. No doubt an Internet comments fray is happening somewhere right at this moment, questioning Nicki’s street cred and bemoaning how “pop” the beat is, and entirely missing the point of this very hard rap song.

Fall back for a second, and realize that Nicki Minaj is on the cover of Allure right now, is making songs like this, performed anti-Santorum performance art on the Grammys and is linking up with 2 Chainz. That’s impressive. And oh, yes, 2 Chainz is on this one. Though he’s as quotable as ever (“Ain’t no keys in this doohickey”, “Money, thousands! True Religion trousers”), his usual energy flags a bit, but the simple idea of him showing up, in keeping with the song, symbolizes an awareness of what’s hot in the streets. The second verse, where Nicki just names cities, is a bit of a cop-out, but I can get with it, especially because she covers her bases and mentions Delaware, of all places, then spirals back around to all five boroughs. And so, “Beez In The Trap” becomes a shitting-on-everybody rap track that ends with some, um, post-regional unity?

Listen to Nicki Minaj’s “Beez in the Trap” featuring 2 Chainz: