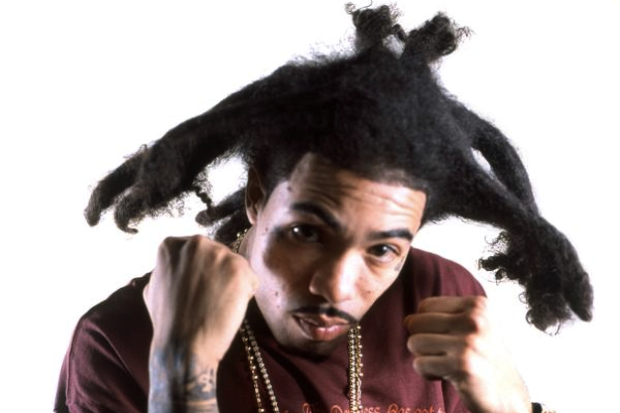 “Jump Out,” from Gunplay’s upcoming mixtape Bogota Rich: The Prequel (out this Friday), elbow-dropped its way onto the Internet last Friday. The oft-ignored Maybach Music Group member and one third of Rick Ross’ Triple C’s crew is completely geeked-up, screaming and shouting over a Lex Luger-like production overloaded with gun shots, horror movie screams, and police sirens. At a certain point, all the noises take on the same aggressive, percussive qualities and glitching drums and gunfire are indistinguishable from one another. It sounds like the rapper who boasts that he’s “a human L.A. Riot” on “Jump Out,” actually recorded the song in during a riot, or perhaps, in the midst of the downtown Los Angeles shootout from Michael Man’s Heat.

Gunplay is a much more interesting rapper and personality than you might think. Last year’s Inglorious Bastard mixtape was surprisingly addictive, and more recently, he held his own on Kendrick Lamar’s “Cartoons & Cereal,” doing a different take on the bugged-out MC, slowing his flow down, providing the song with a pained, sort of hook (“Salt all in my wounds…”), and a down-to-earth final verse. Within the rigid confines of loud, dumb rap, he worms in some clever wordplay, providing “Jump Out” with witty threats (“turn your hood to Lebanon”), darkly comic boasts (“double desert eagle, that’s illegal two times”), even twisting his Southern accent so that “human L.A. riot” somehow rhymes with him spelling out, “G-U-N-P-L-A-Y.”

As a word-throwing force, though, Gunplay’s pretty much unmatched. Smarty-pants fight rappers Death Grips don’t even compare, and with Waka Flocka Flame, inching his way towards all-out, superstardom — when you can buy a Waka Flocka T-shirt from Hot Topic, the dude is truly on the verge — we need a doesn’t-give-a-shit nut like this guy.