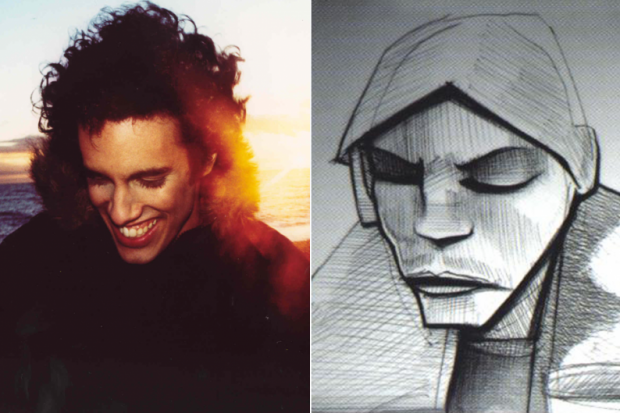 Bless Burial and his nocturnal ways. While we’re sleeping, he’s off wandering the city like a fog-besotted flaneur, dreaming up dewy-eyed fanstasias and unleashing them upon the world with nary a thought for all the strain he’s about to put on the blog world’s web servers (nor all the publicists he’s putting out of business with his whole direct-to-the-fans philosophy).

“Nova,” possibly but probably not a meditation on a Chevy that sidled up alongside his night bus, is Burial’s latest such misty missive. Suffused, as usual, in cathedral-sized reverb and ethereal voices, it’s a collaboration with Four Tet’s Kieran Hebden, whose own signature is readily apparent in jangly chords and faint kalimbas. Four Tet announced the track on Twitter last night as “TEXT013″ — a reference to his own, vinyl-only Text Records label, which also released the Burial/Four Tet/Thom Yorke collaboration “Ego”/”Mirror” a year ago.

No word yet on when the record will come out, nor whether the B-side cuts will be titled “Gremlin” and “Pinto.” (That’s pure speculation, mind.) In the meantime, do yourself a favor and snap up the remaining copies of TEXT012, “Winter Turns Spring,” a two-track EP of lush, leftfield UK garage by Juk Juk, a.k.a. London’s Caleb Waterman.

Juk Juk also has a new track up on Soundcloud, “Fall,” due out this month from the new NOMMOS label.