Label woes addressed on this '4Eva N A Day' highlight 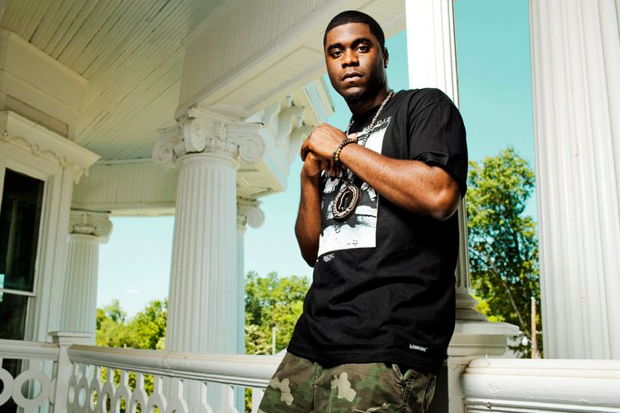 In which Big K.R.I.T., who has, with today’s 4Eva N A Day, released three impressively solid mixtapes that might as well have been albums in three years, but still only has a tentative release date for Live From the Underground, his major label debut, dedicates a song to the soul-crushing realities of signing to a major label. Here are the first few lines: “Excuse my tone of voice, but today was just a bad day / Label hit me about another single and said I ain’t have play / Since ‘Country Shit,’ hell, they thought that was a regional record anyway / But thank God for Bun B, and Ludacris, because they had faith / That shit would take off, and it did, guess I was too country to quit / I make albums not hits, these rich folks don’t know about this.”

K.R.I.T. packs this sly “screw my label” song with enjambed rap lyrics, and samples Ann Peebles’ 1978 break-up song, “The Handwriting Is on the Wall” for the hook. We’ve heard plenty of raps and read way too many Twitter rants by rappers railing against their labels, but the tone is usually pissed off and/or desperate. With the help of that Ann Peebles sample, K.R.I.T. frames his label woes as if he were in a relationship and he has gone from a seduced to now, jilted lover. It’s shockingly vulnerable.

4Eva N A Day is the most cohesive release K.R.I.T. has done, all peaks, no valleys, and having shaken out his subgenre-hopping, and lightened up on the homages, or at least, made them seem more pointed than derivative (“1986” and “Country Rap Tunes” don’t try to be more than they are), he’s at a point where his music is just shockingly consistent, which is great for making lasting hip-hop, but not so good for feeding the blogosphere or the major label system. And there are no guest MCs on this thing either, so it feels like a particularly solitary, slightly frustrated release, similar to G-Side’s iSLAND in the way that it confronts the ceiling you can hit when you’ve got a lot of fans, but not all that much that a label can package, and you suffer from that weird integrity thing that just doesn’t allow you to compromise, even if you wanted to. 4Eva N A Day is a pretty much concept mixtape about trying making an album that his fans may never get to hear.