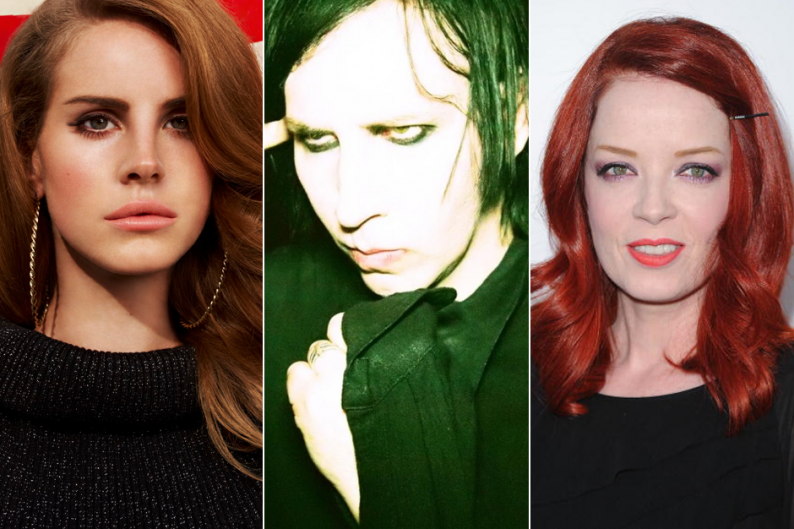 The hubbub surrounding Lana Del Rey and her debut record Born to Die has died down, but the highly bloggable singer is far from off the radar. And judging by her recent company, we’re starting to wonder what might be next. The recent American Idol guest performer was photographed hanging out with an un-makeupped Marilyn Manson (via Buzzfeed). We don’t want to say the hang sesh was romantic, like ONTD speculates, but Manson has been engaged to a tiny, pretty, twentysomething blonde woman before, one whose on-camera styles are scarily similar to Del Rey’s… but for everyone’s sanity, it might be better to assume the relationship is (and will continue to be) professionally motivated.

What’s more, Marilyn isn’t the only Manson to take a shine to LDR (oh, come on, not that one): Garbage frontwoman Shirley Manson recently told Vanity Fair that the Del Rey hate-a-thon reminded her of the “venom [she] attracted” when Garbage got big, defending the ’10s version of herself by saying, “God forbid, they lambasted her for having a musical past. It’s good she’s failed and she had the wherewithal to try again. Shouldn’t we be applauding her for that?” Do we smell a Lana Del Manson supergroup coming on? Can Johnny Depp come? If not, can LDR at least get an opening gig for Marilyn’s Bad Villain Tour?