Katy Perry Covers ‘Niggas in Paris’ (Or, ‘Ninjas in London’)

Not great, not dirty version of the Throne hit 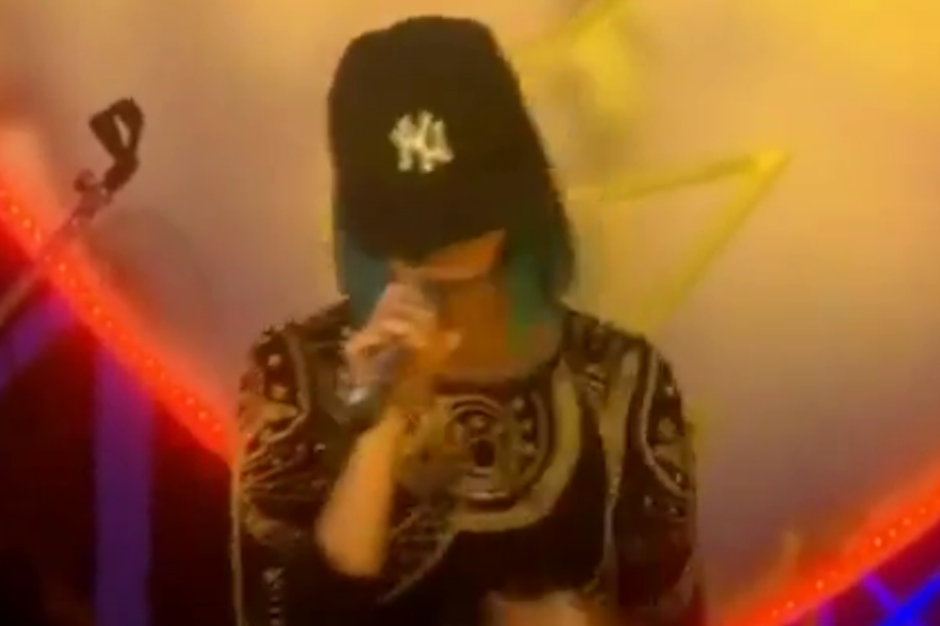 On the final night of Kanye West and Jay-Z’s Watch the Throne tour, the rappers ran through their hit “Niggas in Paris” an unprecedented 11 times in a row, a stunt that should have closed the book on all future “Paris” performances. The song was literally played out. However, Katy Perry has decided that everyone should hear the song at least one more time. Perry, rocking Jigga’s trademark Yankees cap, performed the Watch the Throne track for BBC Radio 1, which explains why Katy edits out all the dirty words. (In Perry’s version, it’s “ninjas in London” that are going gorillas.) As for Perry’s rap skills, her stilted, choppy cadence makes Kreayshawn sound like Nas by comparison, and that’s no small feat. This is like drunk karaoke rap. Despite all that, Perry delivered a fairly faithful rendition of “Niggas in Paris,” but it’s still not as good as the New York subway rider’s version.

See Also:
• You Are Now Watching the Throne Do ‘Paris’ Nine Times a Night