Jay Electronica and Andre 3000: In Defense of the Reclusive, Unproductive MC

Last week, Jay Electronica announced that he has handed over his long-awaited debut album, Act II: Patents Of Nobility, to his label, Roc Nation. Though there is plenty of excitement, the news was met with a collective shrug as well. He had previously mentioned its completion in July of 2011, and usually, you drop a release date, not a gave-it-to-the-label-so-they-can-give-me-notes-on-it, date. Comments at the bottom of any post covering this little bit of “news” revealed many who are getting sick of hearing about his album’s ever-adjusting release date (a few years ago, it was called Abracadabra: Let There Be Light), then waiting around for one MP3 a year, as he wanders off to Nepal, spends too much time on Twitter, and shills for Dr. Pepper.

That sounds a bit like rap fans mom-ing the MC, though. They’re monitoring his every move, observing those moments when he should be rapping, instead of living his life. These same rap fans, mind you, will probably not purchase Act II when it drops, even if it is a masterpiece. It seems disingenuous to demand Jay Electronica, whose appeal is in part, his idiosyncrasies — rapping over a loop of Jon Brion for 15 brilliant minutes on “The Pledge,” getting a knotty golden-era-gone-Vegas song like “Exhibit C” onto the radio — to follow a conventional release schedule.

When he released “Call Of Duty,” a collaboration with Mobb Deep, he posted an accompanying manifesto on Tumblr, detailing the song’s immediate success and celebrating the power of the Internet. “I became a trending topic Worldwide within 3 minutes of its release and actually penetrated radio,” he wrote, adding a little later, “major music corporations who have teams of ppl spending excessive amounts of money [and] still fall short of the goal.” He’s gassing himself up there, but he’s in a very rarefied spot and he’s reveling in it. Electronica is Internet famous, but he’s not a blog or Tumblr rapper, and he can pass between worlds, getting respect from Diddy, signing with Jay-Z, and still do whatever the hell he wants. 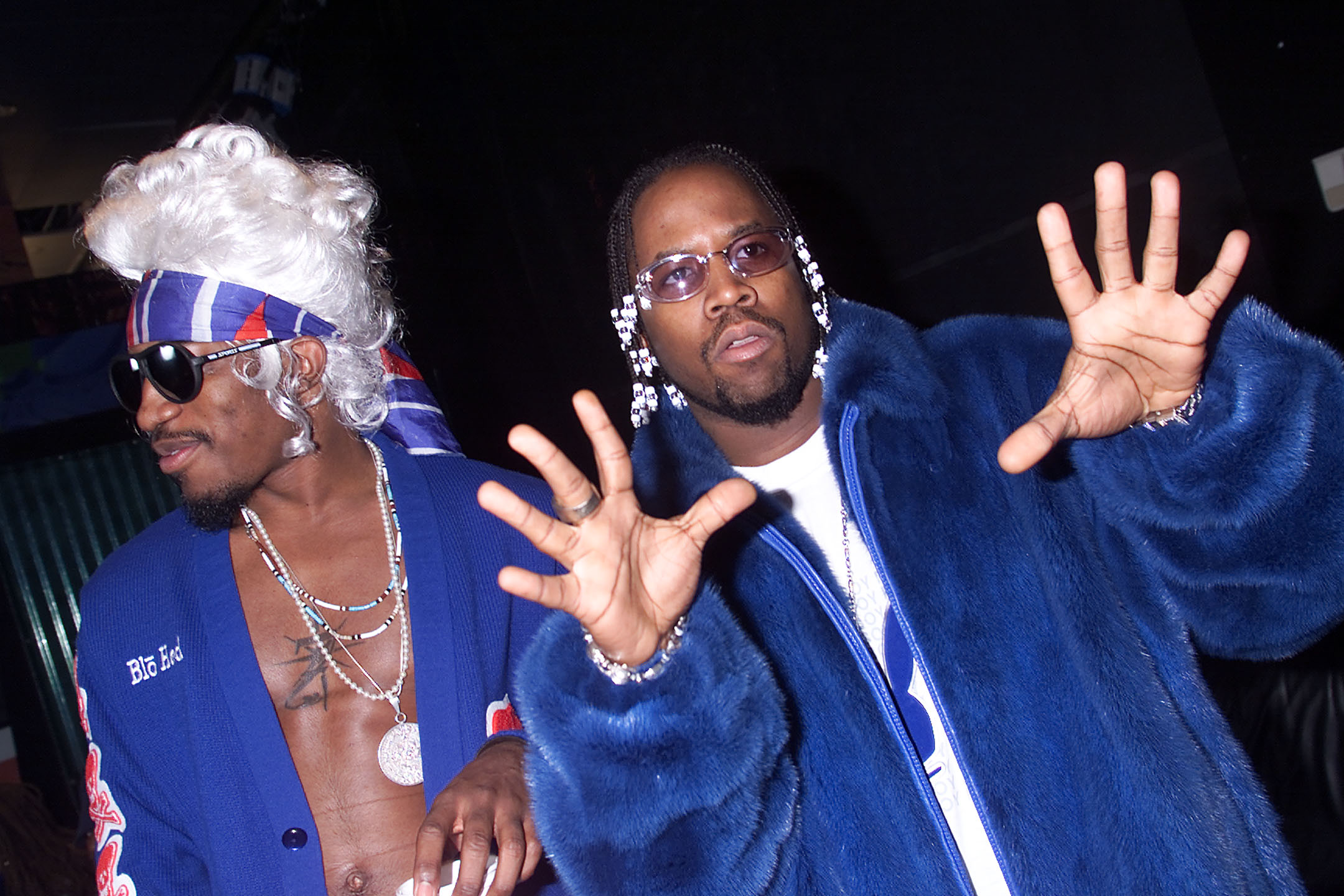 Then, there’s Andre 3000, the original, contrarian rap recluse, both daunted by expectations and totally disinterested in them. In a recent interview with GQ, Andre finally just came out and said the thing we’ve all known is true, but didn’t want to believe: “There are no plans for another OutKast album.” Now, hopefully the desire for a new album from a group that clearly doesn’t want to make one will stop. Plus, Andre’s relaxed return to rapping over the past few years has been a delight. Although, that too has been met with frustrated demands for more and loaded questions about a solo album. Complaining that a rapper isn’t releasing enough seems petty.

For now, Andre’s shtick is hopping on huge radio hits and high-profile releases and cleverly deconstructing them. He forces rap fans to check out Ke$ha songs, and he forces pop fans to endure knotty, enjambment-filled verses. On Young Jeezy’s “I Do,” he smuggles the decidedly square sentiment, “nothing’s more attractive than a heavy praying women,” onto the radio. Some of the more devout rush hour mix DJs, I have noticed, like to go back to that line a bunch of times before letting the song continue forward. An Andre 3000 guest verse is one of the few things that seems to unite rap fans these days, and that shouldn’t be underrated. Something that is popular and good, is much more important than something that’s simply good, if only because of the number of ears it will reach.

Jay Electronica and Andre 3000’s approach to rapping is an affronts to the hip-hop careerist game, and they should be applauded for that. These guys are throwing their power around, without bending over backwards to assuage their label or even, the demands of fans. The story of rap over the past few years has been flooding the market and giving listeners too much of a good thing, so a few MCs holding back is pretty refreshing. Just be excited to hear what they’re letting you hear, and wait patiently. You’ll get an album soon enough, and if you don’t, there’s hardly a shortage of other great rap music out there right now.