The LP, given as a party favor at the label's third birthday, includes the either 29 or 58 tracks from the label's 7-inch Blue Series 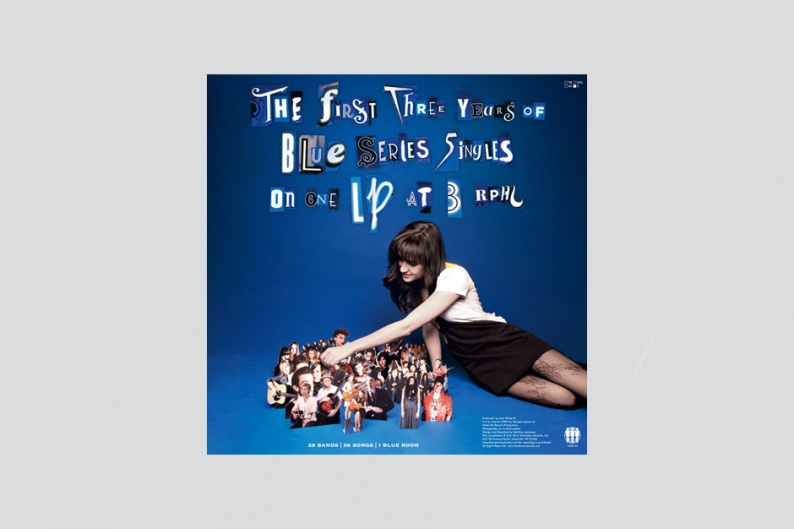 Jack White’s Third Man Records turned three a few weeks ago, and guests left its birthday party with a ridiculously awesome party favor: an LP containing every single the label has released in their Blue Series, one-offs recorded as artists pass through Nashville (like Daytrotter but with more clout). Okay, so that makes sense, right? But there’s (obviously) a twist: the LP is a 3 RPM record. As in, the thing rotates only three full times (as opposed to 33 or 45) in one minute. That, Third Man will have you know, is very, very difficult to do — so difficult that this thing is the first known 3 RPM record in existence.

There have been 29 singles in the Blue Series. Each one has an A-side and a B-side. We’re not sure if that means the record contains 29 or 58 tracks, but we do know what it does mean — get ready to hear Insane Clown Posse in a whole new way. We’ll let Third Man do the rest of the talking, though we’ll note that the eBay copies they mention are nowhere to be found (for now): “The world’s first 3 RPM record is a study in contradictions — it’s cut at the slowest speed yet it plays faster than anything you’ve ever heard. It’s a compilation of 7-inch records but it’s packaged like a 12 inch. But the 12 inch sleeve is made like our 7 inch sleeve (as it is one continues piece of paper folded in half and put into an acetate sleeve). A bit like a snake eating its own tail. It comes with three bumper stickers yet there is no bumper. We gave it away for free yet given what it has fetched on eBay it is proving to be fairly valuable. It’s easy to play but impossible to hear. You put your finger on it to slow it down, but this is no easy task … and we estimate it would take 333 days of 33 hours training per day for your finger, hand, and arm muscles to spin at a continuous speed of 3 RPM for X hours and X minutes.”

If you want to try to rotate a record at this speed, good luck limiting your spins at one full rotation per 20 seconds. Check out how unbelievably boring it can be in the video demonstration provided by one of the records’ recipients: