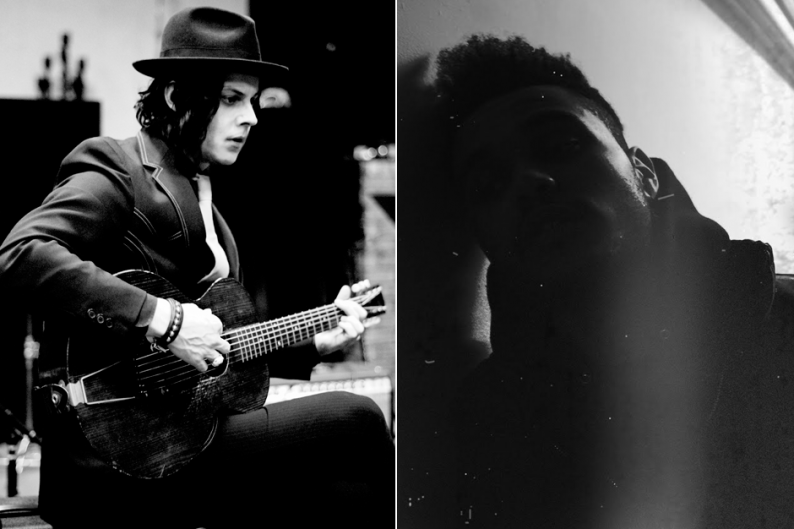 “I fink you freeky”

“I won’t let love disrupt, corrupt or interrupt me”

SPIN likes to bring you news on who will play festivals rather than who might, but a pretty solid tip-off as to who’s headlining Lollapalooza has begun to appear in Chicago. If you live in the Windy City, like the AV Club and Tumblr blog Wine + Pop do, you might have seen a couple of “cryptic” Lollapalooza poster ads during your morning commute through the Logan Square and Clark/Lake blue line stops. The ads feature the above song lyrics from four acts: Jack White (from his first Blunderbuss single, “Love Interruption”), Die Antwoord (from their blechy track “I Fink U Freeky”), Justice (from their hit “D.A.N.C.E.”), and the Weeknd (his third mixtape Echoes of Silence’s “Initiation”).

All the ads have the hashtag “#Lolla” printed at the bottom, too, so the campaign can only mean one of three things: someone just paid a lot of money to punk the city of Chicago and the entire Internet (not to mention are about to get a whole lot of heat from C3, Lollapalooza’s organizers); the folks at Lolla are just being cruel to diehard Die Antwoord fans; or these four acts are about to be officially announced as headliners, via that #Lolla hashtag. The full lineup is supposed to be announced on April 11.

Lollapalooza 2012 will take place August 3-5 in Chicago’s Grant Park. Three-day passes are already on sale, so while you’re waiting for the lineup announcement, check out the candid portraits SPIN took at last year’s fest.