I Am the Proud Owner of the Original ‘Black Ken’ Artwork 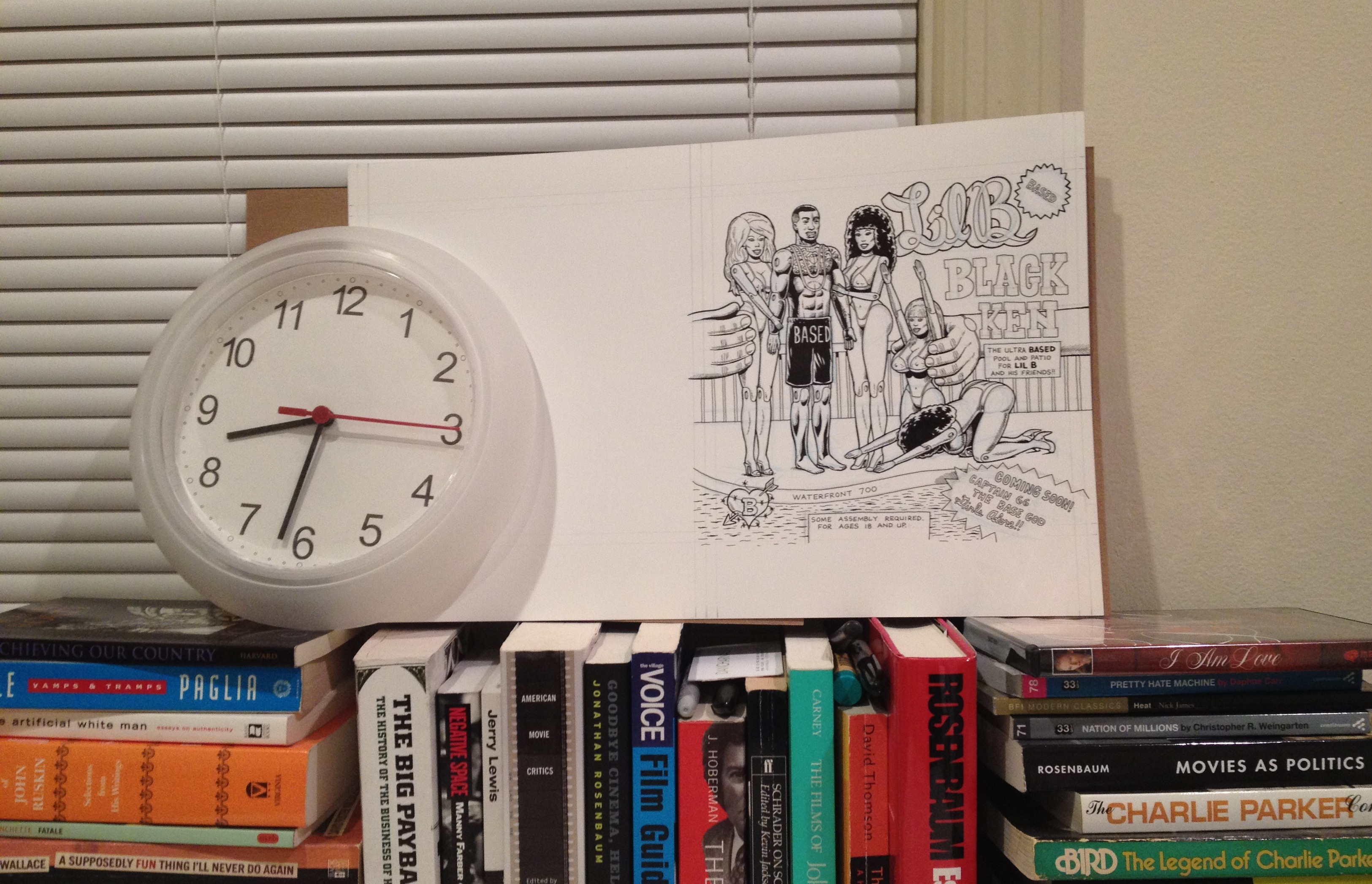 The “Storm Fires Of Doom” show was the first time that Benjamin Marra’s work has been available for purchase. And though I went just to see his awesomely awkward, wrinkled-up drawings up close and personal, once I saw the album art for Black Ken, I just felt compelled to buy that shit. I stared into the piece and immediately got angry at the idea of anybody other than me owning this thing. I had also just finished reading Charles Willeford’s The Burnt Orange Heresy, a bizarro crime story about just how creepy art collectors and critics can be, and so hey, I guess I totally missed the novella’s point and got seduced by the idea of being some self-absorbed nut possessing someone else’s beautiful marks on paper. Next thing I know, I’m talking to Amy of Bergen Street Comics, shaking Mr. Marra’s hand, and they’re slapping a little “SOLD” note on the drawing, and the other people there are giving me knowing looks. To soundtrack the show, Marra had chosen awesome 80s butt-rock and stuff like Van Halen’s “Unchained” blasting made the entire sequence of events feel kinda victorious. To me, this is like owning an original from Funkadelic cover artist Pedro Bell or something, you know? And I love the idea of physically holding a little piece of Internet rap history. Especially one as mythic as Black Ken, which still has the words “COMING SOON!” underneath it on Lil B’s Based World website and will probably never actually get a release date. I don’t know man, maybe I’m just trying to justify the fact that my rent will be kinda hard to pay this month because I bought this, but I’m just really happy to see it on my desk.

Go read my interview with Benjamin Marra, and check out a few photos from the “Storm Fires Of Doom” art show below: 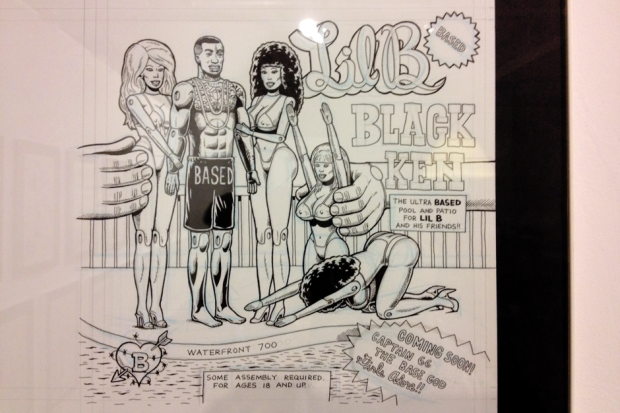 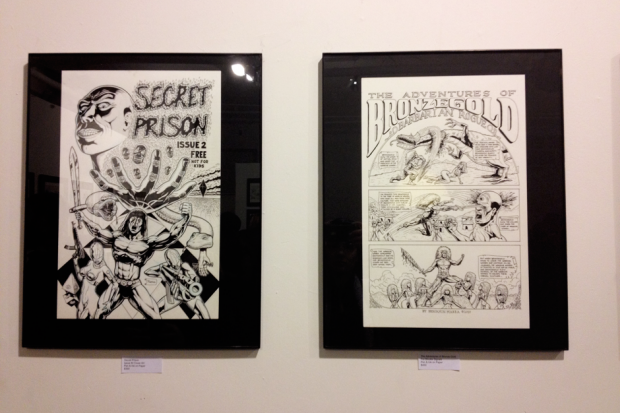 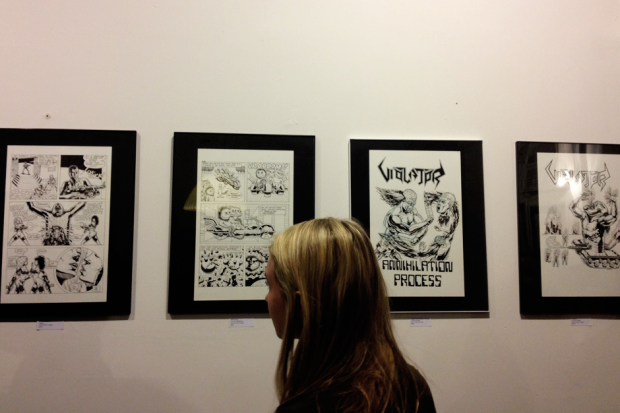 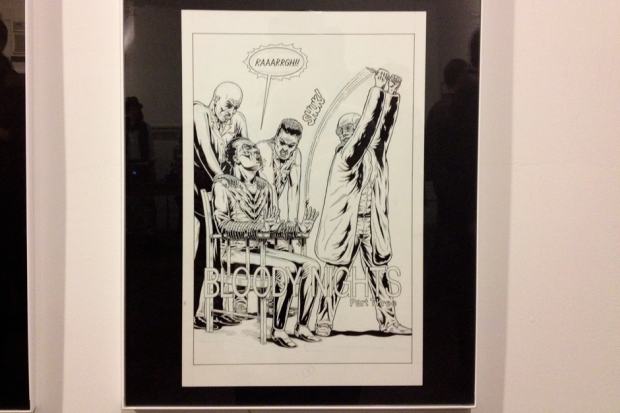