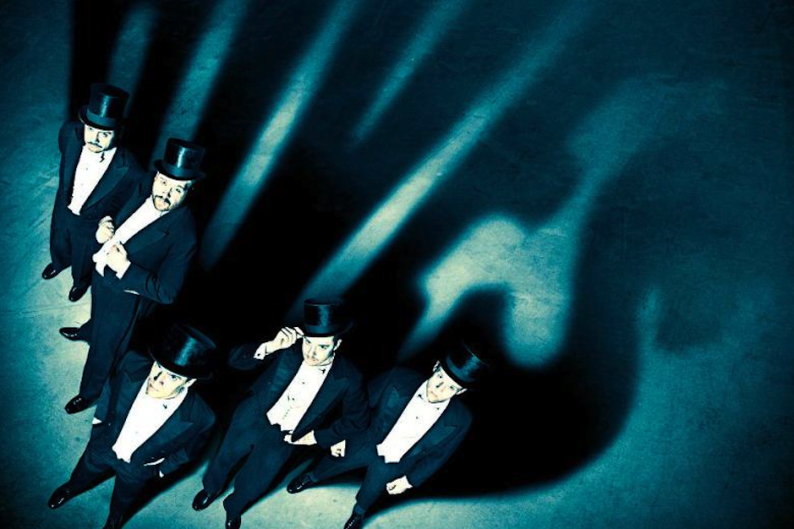 Hard to believe it’s been a decade since the Hives re-released their hit single “Hate to Say I Told You So” in the United States. The Swedish garage-rockers slowed down a little bit over the past 10 years, but they’re ready to release their first full-length since 2007’s The Black and White Album. The Hives’ fifth LP overall, Lex Hives, will arrive on June 5, the band has announced.

The first track from the album, “Go Right Ahead,” is streaming now over at Rolling Stone, and it shouldn’t deter any fans of the Hives’ previous work. A rowdy rocker with howling vocals from aptly nicknamed frontman Howlin’ Pelle Almquist, the song adds a bit more T. Rex boogie and blaring horns to the band’s typical rock’n’roll swagger. If the Hives’ previous album is still a guide, this one will be blasting from TV commercials in no time. Which is smart, because, after hearing the phrase “go right ahead” shouted in our ears more than 50 times before we lost count, we’re ready to buy just about anything.

And we’re in luck! The Hives will be releasing “Go Right Ahead” as a limited-edition Record Store Day 7″ backed with unreleased track “1000 Answers.” (Record Store Day this year is Saturday, April 21.) As for Lex Hives, the 12-track album is “self-produced, self-played, self-released, and self-promoted,” according to the unusually entertaining album announcement, and it features mixing by Andrew Scheps (Red Hot Chili Peppers, Adele), among others. Queens of the Stone Age’s Josh Homme produced two tracks that will appear as bonuses on the album’s deluxe edition. No track list is available yet.

The album title, in keeping with the Latin theme of 2000’s Veni Vidi Vicious, is evidently drawn from an ancient Roman practice for setting up a body of laws as a standard. It means that the songs on the album constitute “the holy laws after which all life from now on must be lived,” according to the band. Go right ahead!