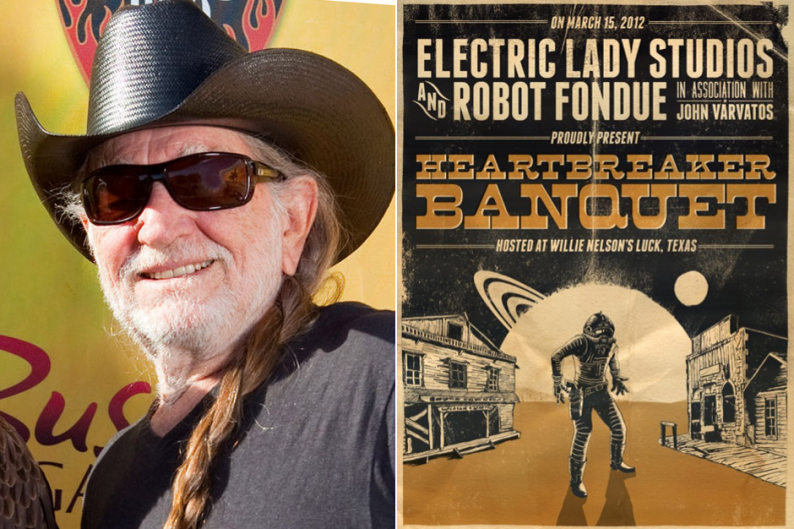 Willie Nelson’s Luck, Texas ranch has been the set for The Redheaded Stranger and a Habitat for Horses foster home. In ten days, it’ll be the host of the Heartbreaker Banquet, a day/evening show during South by Southwest brought to you by New York City’s famed Electric Lady Studios and Brooklyn film production company Robot Fondue with associate sponsor John Varvatos. The event is slated to last from “3 p.m. until the musicians get tired” on March 15, which they expect could take awhile. It’ll take place on two stages — the outdoor “Medicine Show Stage,” featuring rockers like Blitzen Trapper, Phosphorescent, and Gary Clark Jr, while the indoor, 50-seat “Chapel Stage” will include alt country and beloved local acts Rhett Miller (of the Old 97s), Anna Egge, and Ray Wylie Hubbard. More announcements and ticket giveaways will be arriving via Electric Lady’s Facebook page. And the very next day, SPIN’s own party is going down!.